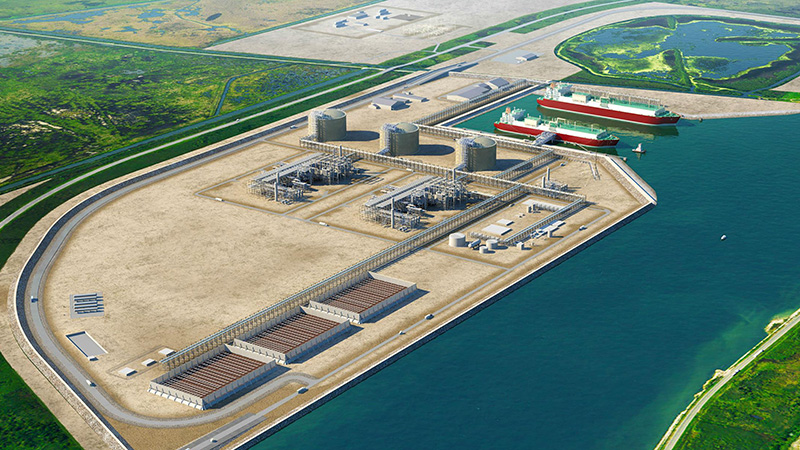 Sempra Energy will likely delay the final investment decision on the Port Arthur LNG terminal to 2022.

A decision was originally scheduled for December.

“A final investment decision on Port Arthur LNG will likely move into next year, as we work with partners and customers to further reduce the greenhouse gas emission profile of the project and evaluate the ongoing impacts of the COVID-19 pandemic on the global economy,” Communications Manager Paty Mitchell said Friday in a written statement.

“We remain confident in our view that the market will need additional supplies of LNG in the coming years and believe Sempra LNG projects are the leading candidate to supply this need.”

The proposed $10 billion export terminal would be Sempra’s only project in North America to be built from the ground up, according to a report from S&P Global. It is projected to bring 3,000 jobs to the area during peak construction and create 200 permanent jobs.

In March, Senior Manager, External Affairs Kelly Prasser went before the city council to update members on the project’s progress.

Mayor Thurman Bartie told Prasser that the work to improve Highway 87 was appreciated.

At the time, it was announced that the final investment decision was expected later this year.

However, that timeline had also been delayed from 2020 due to the pandemic.

Mitchell said they remain confident that the market will need additional supplies of LNG in the coming years.

“As an update on the project, Port Arthur LNG has in place an Interim Project Participation Agreement and Heads of Agreement with Aramco Services Company and a sale and purchase agreement with the Polish Oil & Gas Company,” she said. “These collectively allocate approximately 70 percent of the projected export capacity from the Port Arthur LNG project and have been disclosed in Sempra Energy’s Form 10-Q filings.”