ON THE MENU — The Golden Cup prepares for expansion, full cafe service 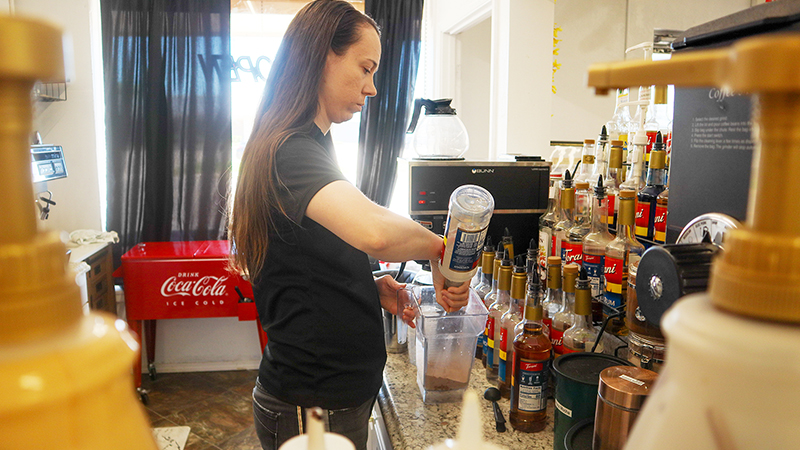 The Golden Cup will have an expanded menu to match the expanded floor plan, according to owner Janna Bartz. (Chris Moore/The News)

NEDERLAND — Janna Bartz’s venture into the business world has been anything but normal. She started her shop, The Golden Cup, on Boston Avenue one month before the pandemic began. One year later, Bartz is planning an expansion, which follows her dream to own a café and coffee shop.

“Starting June 1, I will have the lease for the building,” she said. “Up until then, it will be a slow transition and getting what I need. After June 1, I will be able to move everything in and make the visual changes.”

Bartz started her business right before the pandemic hit, and she hopes it will only get better. 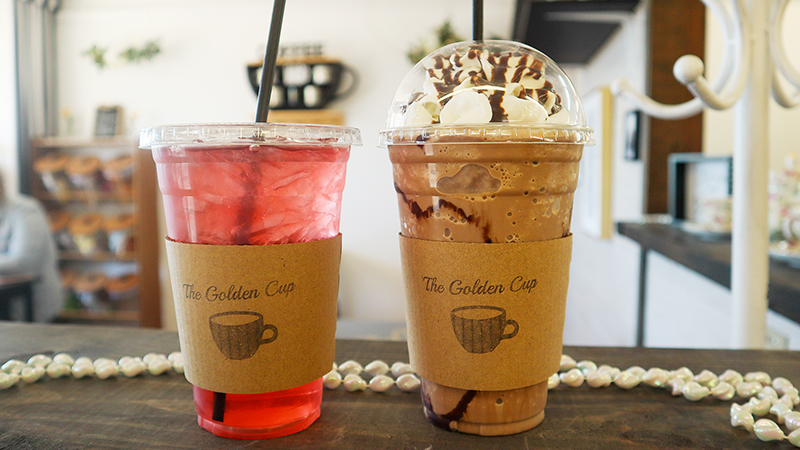 The Golden Cup will offer Once in a Blue Moon, left, and a new drink called Janna’s Favorite, right, which has mocha, coconut and amaretto. (Chris Moore/The News)

The building located at 1336 Boston Avenue currently houses a boutique, but will transform into a full-blown coffee shop in June.

“The main part of the store is going to be a café seating area,” Bartz said. “I really want to focus on having a lot of tables and chairs. I want students to come in, sit down and study for a little while and be able to cater to them. We want to be able to have more than one group of ladies come in and have coffee or lunch or whatever.”

Bartz said the back of the building will hold the kitchen and a “small party area,” where people can host showers and other small gatherings.

The building should only take a few days to take on it’s new look, Bartz said.

“It is going to be a progression,” she said. “I already have a lot of what I need so it won’t take but a week. After the first week or two in June, it should be set how I want it.” 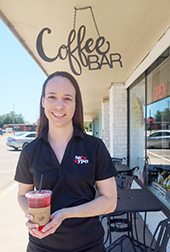 The Golden Cup will expand to a full coffee and café at the start of June.

The Golden Cup currently offers a variety of coffees along with large flavor menu.

“We probably have the largest flavor menu in the area,” she said. “We have a lot of sugar-free options. We have milk alternatives. We are always open to suggestions. We have smoothies and Italian sodas. We have non-caffeinated options and some pre-packaged snacks.”

The Golden Cup will offer some cold food items, but Bartz said there is no set timetable for when certain items will be added to the menu.

“There are a lot of new places coming on the street, as well,” she said. “All of that is going to factor in to what I do or don’t do…We will have some healthy stuff like fruit cups and protein boxes. We will start off with those and grow to sandwiches and that kind of thing.”

Bartz said she has a clear goal for her establishment.

“Whenever I started The Golden Cup on Boston, it was from nothing,” she said. “That was just a good starting point for me. The plan was to always grow. A good comparison would be like what Sertinos offers. I wanted that environment, but more of a hometown feel. That was always the plan. I have had that vision for about six years.” 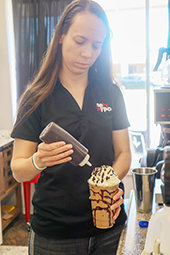