CHRIS MOORE: Good luck to all the state-bound athletes 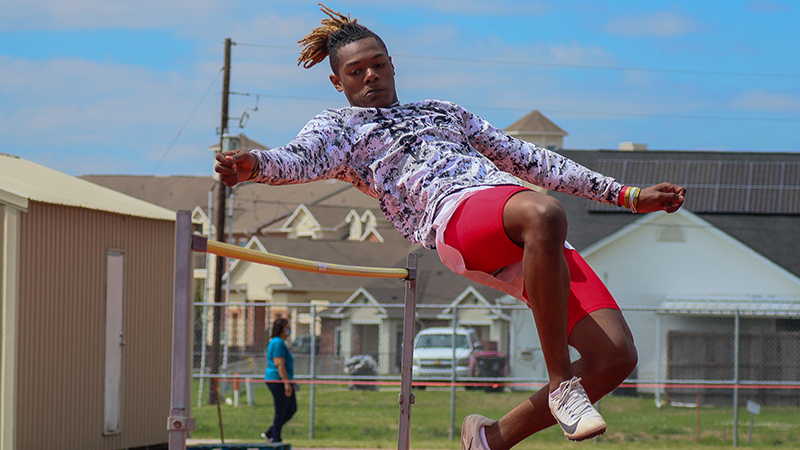 Over the next month, several athletes from the area will compete at the state competition for their respective sports.

This week, Memorial seniors Maleek Jones and Tre’Vonte Caines are competing at the 5A track and field meet in Austin.

Caines is competing in the shot put and is the favorite to win the event after recording the farthest throws on the season with his personal record being 60 feet.

Jones qualified for state in the triple jump and the high jump.

Caines had been the favorite to win state all season, while Jones has come along after recovering from a hamstring injury suffered early in the season.

Jones cleared a height of 6’6” at the regional meet.

Jones, who played basketball and football for the Titans this year, said he is happy to qualify.

“Going to state has been the goal for all the sports I have played,” he said. “I never thought track would be the one.”

Port Arthur isn’t the only athletic program that will have a representative at a state competition.

Nederland junior Megan Do will compete for the Bulldogs in the singles tennis tournament.

Do played flawlessly all season and upset the No. 1 seed in the region last week, winning 6-4, 4-6, 7-6. The match lasted nearly four hours. Do became the first tennis player in NHS history to win regionals twice. She won as a member of a doubles team her freshman year.

In Sabine Pass, Travis Mistry placed first in singles at the regional meet to qualify for state. His sister, Hazel Mistry, placed third and was named an alternate.

Going to state is no small feat. To be able to say you were one of the only athletes at the top of your sport in your class in the state of Texas is pretty cool. There also isn’t any shame in losing. If you need proof, look no further than Port Arthur’s own Bun B. He famously tells a story about being a power lifter and making it to the state meet only to run into Silsbee’s own Mark Henry, who has the nickname of The World’s Strongest Man and quite the resume to back up that claim.

Not much shame in losing in a weight lifting competition to the world’s strongest man.

Most importantly, these student athletes represent their schools well. Their coaches vouch for their work ethic for their respective sports and in the classroom. The latter will likely take them much further.

BRIAN JOHNSON: Know what to trust when fishing