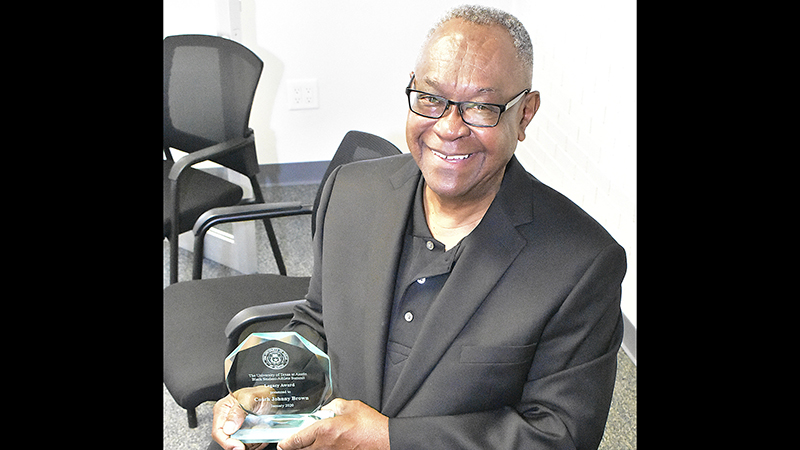 Johnny Brown has never been one to rest.

The current adjunct professor at Lamar University and former superintendent of Port Arthur ISD is president of the Port Arthur Rotary Club and very active in the 100 Black Men of Greater Beaumont.

So one might think when the pandemic forced everyone indoors for months at a time, the longtime educator and his family would take a moment to rest.

But instead, he wrote two books with a third on the way. His wife, Carolyn J. Brown, wrote one. And their daughters designed the covers and logos.

“These books I started writing back in the early 2000s,” Brown said. “The coronavirus has resulted in complications in life, but it has also given me and my wife time to read and write where we might otherwise be outside, going to restaurants or visiting friends.”

Both take lessons from his childhood in segregation to push and inspire change in others.

“I was the first athlete of color,” Brown said of his time at what is now Texas State University. “Restaurants wouldn’t serve the team if I was with them; hotels wouldn’t let us stay.”

But from his past comes his desire to work on the future.

“The glass is half full,” Brown said, “but let’s replace it with a taller glass, is what I say. Politics so often get in the way of progress.”

Like his first book, The Emerson Street Story 2, named for the street he grew up on, touches on 21 behaviors and strategies to improve one’s quality of life — i.e.: common sense, honor, honesty, teamwork, discipline, etc.

“Each component is aligned with 10 Biblical versus,” Brown explained. “These thoughts aren’t just coming from me. You can find these principles in the Bible as well.”

While he intended to write two more books, Brown plans to end the series with a third book that will lean strongly on success and leadership tips for business owners.

Both of Brown’s Emerson Street books ­­— as well as Carolyn J. Brown’s book, Life on the Land: Memoir of a Farmer’s Daughter — can be previewed at jcbil.com and are available through Amazon and Barnes & Nobile.