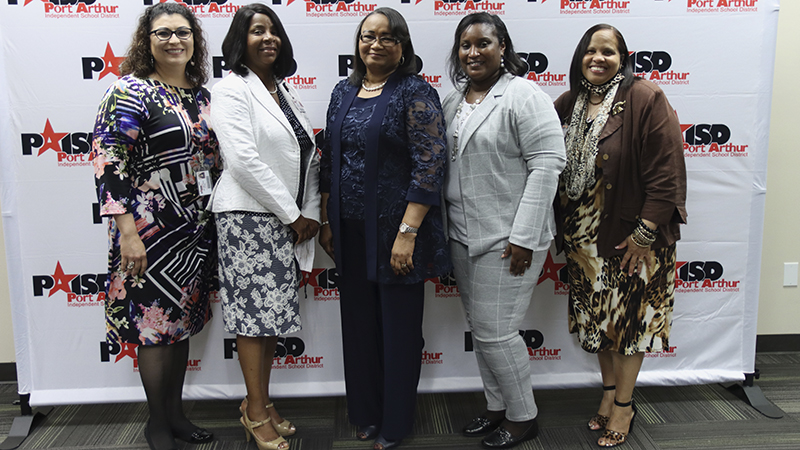 Adapting and changing with the needs of their students are common factors among educators, especially those who are named Teachers of the Year.

“This is such an honor to represent the district and to be selected among my peers,” Johnson said.

He admits it was a bit of a challenge in finding ways to reach students during the pandemic.

“We found something we could do differently and improve upon,” Johnson said. “We had to adapt in many ways as well as the students adapting.”

Johnson, who was raised in Port Arthur, and his wife Dana have a son, Daniel. Johnson is president of the Port Arthur chapter of Omega Psi Phi Fraternity Inc.

“Education extends beyond the curriculum taught in the classroom,” he said. “The teaching profession is the conduit through which all other professions are made. As such, students must be equipped not only with content knowledge, but should see professionals that model high moral standards and comportment.

“I try to combine both ideals in my classroom daily by modeling the traits I want to see in my students and also by showing my students the “real world” implications of the material that they are learning. I strive to create students that are not only scholarly, but who also exemplify good character traits.” 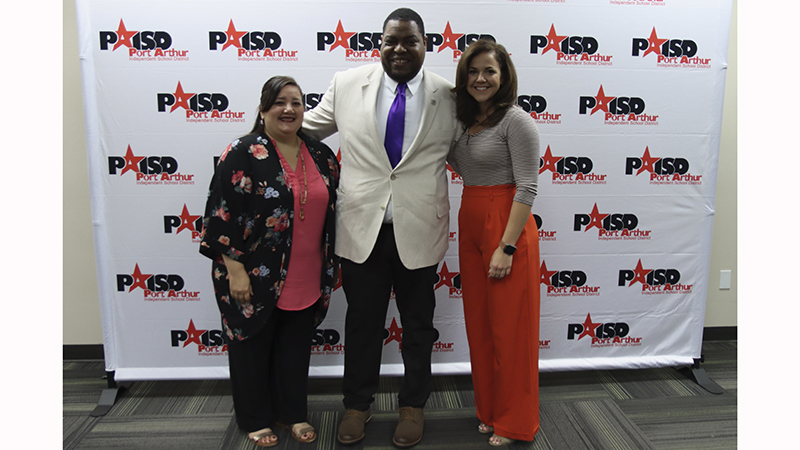 “When we first started back I didn’t think I would make it,” she said. “I really didn’t know what to do; then I had a mind shift and I decided to put this into the hands of the good Lord. This is going to be a way of life.”

Anderson is in a place for which she was destined. She started out as a bus aide in the transportation department then began to go to school at night.

“I finally decided this was my calling and this is what I wanted to do,” she said.

She went back to school, got her degree and certification and has been working since.

Her educational philosophy is a quote from Ignacio Estrada.

Anderson and her husband, Eugene Anderson Jr., have been married for 42 years and have one son, Mark, and two grandchildren, Jordan and Jadan.