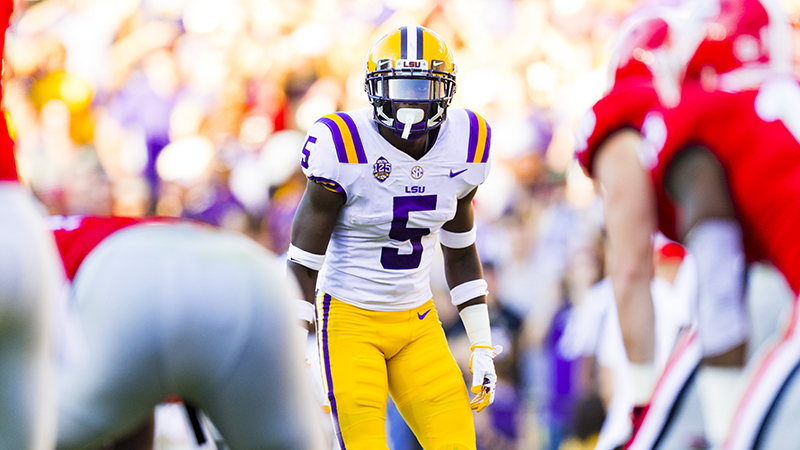 Memorial graduate Kary Vincent Jr. was a football and track star for the Titans and LSU Tigers. (Courtesy Photo)

Memorial graduate and former LSU defensive back Kary Vincent Jr. will almost certainly be on an NFL roster in the coming days.

Many draft experts forecast Vincent to be a later-round draft pick. The nickel corner sat out this past season to prepare for the draft.

The football and track star impressed at the LSU pro day, recording a 4.33 second 40-yard dash.

Memorial track coach Darrell Granger, who coached Vincent in high school, said he was not at all surprised. Vincent was a member of the 2017 4×100 relay team that recorded the second fastest time by a high school ever in the country. Tulane running back Corey Dauphine was also on that relay team and has a shot of being picked up by an NFL team this weekend.

“With his daddy’s background, you saw KJ develop into that type of person throughout his high school career,” Granger said. “Once he got to LSU, competing in the SEC, I knew his ability would come out… I first saw KJ run in middle school. It was exciting to see. I used to compete against his daddy in high school. Just knowing the ability his daddy had, I knew he would be a chip off the old block.”

The late Kary Vincent Sr. played wide receiver and defensive back at Texas A&M. He was drafted by the New Orleans Saints in the sixth round and spent two years on the team’s practice squad. He also played two seasons in the arena league. 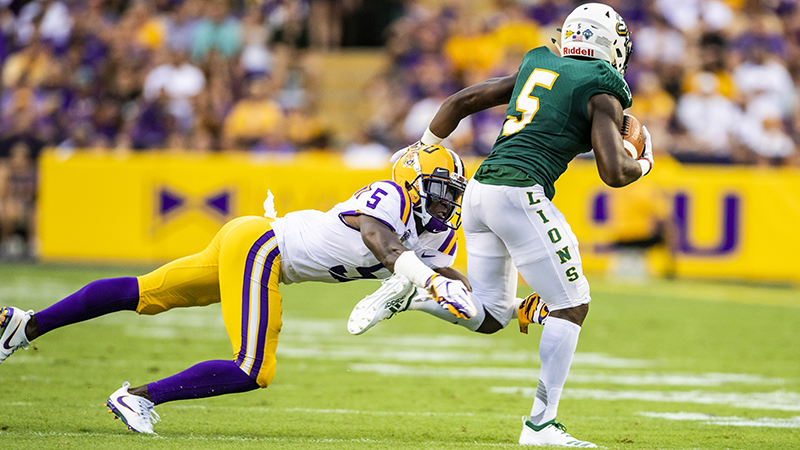 LSU corner Kary Vincent Jr. is expected to be on an NFL roster by the end of the weekend. (Courtesy Photo)

“He is an amazing athlete,” Harrison said. “The first time I saw Jr., he was playing Pop Warner football in Houston. His dad came down to watch him play and his dad brought some video back. You can tell the speed of the game was slow for him and that he was too fast for the kids he was playing against.”

While LSU is widely known for its team speed, Harrison said he knew the track star would stand out.

Granger said he watched Vincent’s pro day on live stream and will be watching the draft this weekend.

“I’m looking forward to the whole draft process to see when his name will be called,” Granger said. “It is very exciting to watch kids that you watched grow up through high school and receive a scholarship to go to LSU and become an All-American in high school in football and track. Just to see them succeed is more than enough for me.”

The second and third rounds of the draft will take place tonight with rounds 4-7 taking place Saturday.