Detectives are tracking down surveillance video in an effort to identify three gunmen who robbed two men in separate locations last week.

The second 911 call of an armed robbery came in about five minutes later.

Google maps shows the two locations are about a 10-minute walk from each other if traveling the main roadways for the half-mile trek. There are numerous open areas and a residential areas between the apartments and Lakeview Avenue.

Police did not provide a detailed description of the suspects but said the close proximity of the two robberies and short time frame indicate the same three individuals are involved, Guedry said.

In addition, the suspects fled east following the first robbery, which is the same general direction the second robbery occurred.

The victim in the first robbery told police he was approached by three men armed with guns who demanded money. The victim complied, was not injured and the suspects fled from the complex, according to Sgt. Timothy Dinger.

The second victim also said he was robbed at gunpoint by three suspects described only as male blacks who took property from him as well.

The suspects then fled the scene on foot.

Guedry said the victims were shaken up, which is likely why they were not able to provide an additional, detailed description.

Police are looking for surveillance video that may indicate who committed the robberies.

If you know the suspects’ identities or have other information, call the Port Arthur Police Department at 983-8600 or Crime Stoppers of Southeast Texas at 409-833-TIPS.

You won’t be asked your name and may be eligible for a cash reward. Make an anonymous tip to Crime Stoppers by downloading the P3 Tips app on a smartphone. 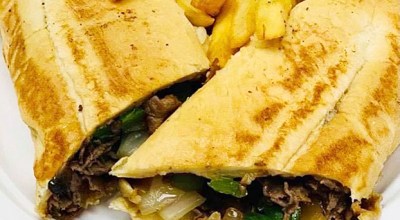