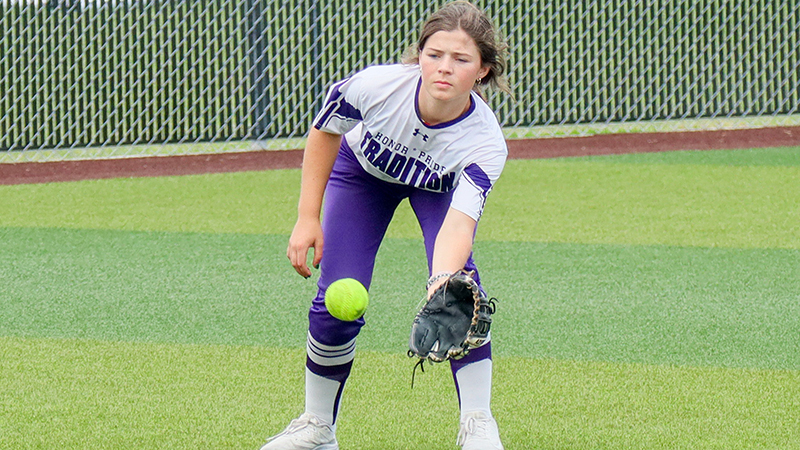 Nederland and Port Neches-Groves will face two of the best softball teams in the state in the bi-district round of the playoffs this weekend.

The Bulldogs take on Santa Fe with the first game starting Friday at Anahuac High School at 7 p.m. Friday.

Both teams finished the season with a 7-5 record in district, but the Bulldogs’ sweep of PNG earned them the 3 seed, with the Indians grabbing the 4 seed.

“We dropped the last two games,” he said. “We lost two of our starters to injuries over the last two weeks. We are playing good as a team. Adversity has been around every corner, and the girls have stepped up.”

Mallette said, despite the setbacks, team morale is high.

“The girls have a lot of energy right now,” he said. “We just have some battle wounds… Our defense has played pretty well. We are communicating. Our relays and tags have been on point. Hitting in baseball and softball is tough. We have a few kids that are on a tear. The rest are stepping up when they need to.”

“We are getting that production from top to bottom,” he said. “We have run producers in the middle that make sure they are going to put the ball in play.”

Mallette said Chesnie Wright and Kynslee Harris have solidified the back of the lineup.

“In teams that win a lot of ball games, you are going to see hitters at the bottom of the lineup,” he said. “That is what we have. With kids being out, we have had a lot of kids step up.”

The coach said the team’s defense is key for the Bulldogs to beat Santa Fe.

Earlier this month, PNG beat No. 7-ranked Crosby 2-0. The Indians hope that confidence will help in facing another tough opponent with Friendswood.

“We definitely have the capability to beat them,” outfielder Sadie Shrestha said. “We just have to play a good game.”

PNG coach Taylor Harvill said Shrestha has been consistent for the team, hitting .459 in district play. The team also got pitcher and first base Emily Vines back from a knee injury.

Catcher Madeline Cormier said being a part of the first PNG team to advance past the first round of the playoffs in 11 years would make her senior season special.

“We have to keep a positive mindset throughout the game,” she said. “If we make an error, we just have to brush it off and move on to the next play.”