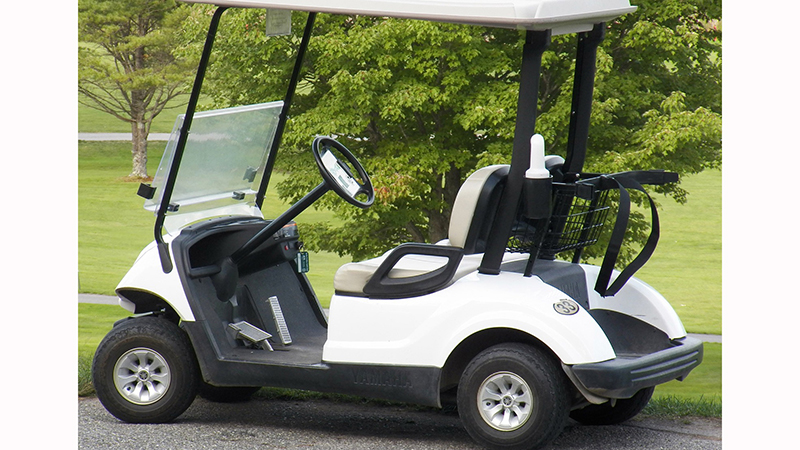 Unlike surrounding cities, Port Arthur does not have an ordinance allowing golf carts on public roads.

Port Arthur residents soon could get notifications in water bills, by phone and through other methods reminding them that golf carts and 4-wheelers are not allowed on city streets.

“I’ve gotten so many calls about golf carts and 4-wheelers,” Jones said. “We almost had a shooting between two neighbors over golf carts. Your kids are riding on the streets of the city. We need to let people know it’s not acceptable to let kids 7 and 8 years old driving golf carts.”

Antoine explained to council that, regardless of age, golf carts are not allowed on Port Arthur streets unless within two miles of a golf course and only for the purpose of driving to and from the golf course.

“Port Arthur does not have an ordnance that allows (golf carts) on roadways,” Antoine said. “If we’re seeing golf carts in our communities, they are in violation.”

Mayor Thurman Bartie said in some instances, residents may not know because they see golf carts on streets in other cities such as Nederland, Port Neches and Groves.

“Some places like Nederland have an ordinance where golf carts are allowed with certain restrictions,” Antoine said. “But Port Arthur is not one of the communities as of yet that allows that.”

Lack of communication, the officer said, is likely the biggest issue.

“We’re entering summer, where people are going to let the seduction of the sun let them think everything is fine, even though we’re in the midst of this pandemic,” Antoine said. “People are going to go out and get them. They become troublesome because people fly up and down the streets.”

Unlike golf carts, the officer said, 4-wheelers are not permitted on public roads per state law.

“(They) are off-road vehicles. They are not allowed on roadways. They are meant to be driven on grass and dirt, not meant for the roadway. The state won’t issue a permit to allow them on roadways,” Antoine added.

They are allowed on private grass and dirt areas, Antoine said, but not public property or parks.

“Mayor and council, listen to me good,” Jones said. “Someone is going to get killed on these 4-wheelers. God forgive me for saying it, but you can see it coming.”

“Maybe we could utilize the government channel and our Facebook page,” Moses said, “possibly even in water bills. There are several different ways to try and get that message out. It’s vital and some people just don’t know.”