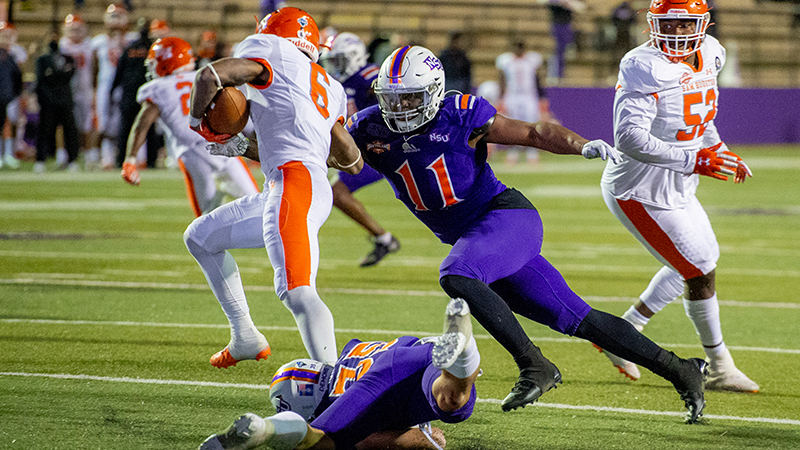 Memorial graduate Jomard Valsin was one of 10 Northwestern State football players selected to the All-Southland Conference teams this week.

The junior, who plays outside linebacker for the Demons, graduated from Memorial in 2018.

Valsin lived in opponents’ backfields with eight tackles for loss and three sacks as part of his team-high 54 tackles. The linebacker forced three fumbles and pressured the quarterback consistently on a defense that held four of six opponents to 27 points or fewer in the most explosive offensive league in the nation.

As a member of the Port Arthur Titans, Valsin won the district defensive MVP after recording 24 tackles (seven for loss) and 12 quarterback hurries as a senior.

As a junior at Memorial, the linebacker was a first-team all-district selection as the Titans reached the third round of the state playoffs and went 11-1.

NSU placed five players on the third team, three on defense, one on offense and one on special teams.

U.S 69 closures this week and next week detailed