A Hamshire man is facing up to 10 years in prison after police said he assaulted two people following a crawfish boil.

Clifford Alexis Barriere, 61, was indicted this week by a Jefferson County grand jury on a 3rd-degree felony charge of assault. 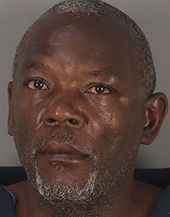 According to a probable cause affidavit, Barriere and a group of others were listening to gospel music at a crawfish boil in the 13000 block of Powers Road when one of the participants asked to change the music. The request, witnesses told police, angered Barriere, who “had been drinking all day.”

However, it was nearly 12 hours later when the man reportedly went into the home and started an argument with someone inside.

Another person came to the victim’s defense, and was allegedly choked and bitten under the armpit by Barriere.

The Hamshire man was arrested at the scene. According to county records, he is no longer in the Jefferson County Jail.