ROUNDUP — PNG locks up playoff spot; “any kid can step up,” coach says 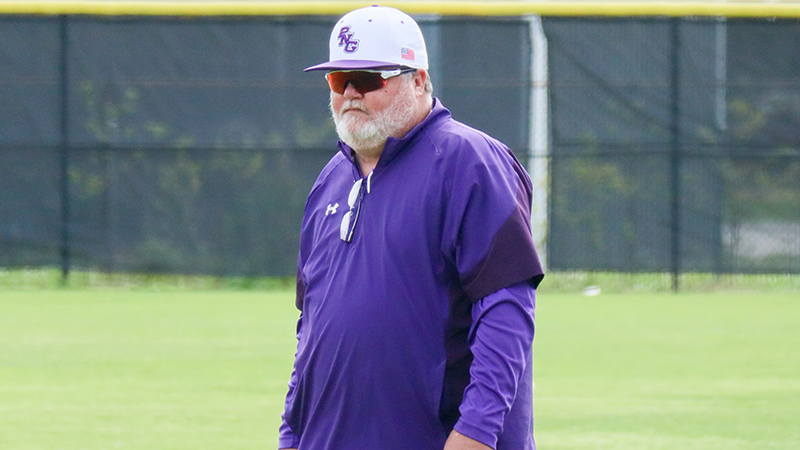 PORT NECHES — With two games remaining in the District 21-5A baseball season, Port Neches-Groves and Nederland control their own destinies.

PNG (8-2 in district) leads the district and locked up a playoff spot with a sweep of the No. 5-ranked Barbers Hill this past week.

Memorial is 0-8 on the season in district games.

“It felt good to win those ball games,” PNG head coach Scott Carter said. “The kids played well. We had good pitching and defense. It felt good for the kids. They were excited about it.”

The Indians defeated Barbers Hill 2-1 in the first meeting, before winning 7-1 in the second game. Pitcher Thomas Reinholt pitched seven innings and struck out nine batters.

“Thomas has been a late bloomer for us,” Carter said. “Last year, his junior year, was the COVID year so we didn’t get to see him throw much. He grew and developed. He has done an outstanding job for us. He’s thrown 47 innings and has 77 strikeouts and only a few walks. He is doing a great job on the mound. He is a leader out there.”

PNG’s offense scored 22 runs in the last four games. That output has been a team effort, Carter said.

“On any given night, we have different kids that come through,” he said. “This past ballgame Blake Bost and Dean Guidry were big hitters for us. When we were at Barbers Hill, it was Ryan Sosa and Tristan Abshire. On any given night, any kid can step up and hit it well. We are proud of that.”

The Bulldogs’ win over Crosby Tuesday clinched a playoff spot for the Indians.

“We don’t know what seed we are going to be,” Carter said. “We just know we are going to be one of the top four. It is a great situation to be in. All of the programs in our district are so competitive. There are five teams still fighting for a playoff spot and trying to get in. The quality of programs and ability of the coaches have been amazing.”

The PNG coach said his team is playing their best baseball of the season at the right time.

“They are really buying in,” Carter said. “We started the season 5-11. We finally got back to 13-13, which is quite a good run to get these kids in contention to be in the playoffs for the 25th year in a row.”

The Bulldogs (7-2) defeated Crosby 3-2 Tuesday with their next game slated for Friday. Nederland will wrap up the season with a series against Barbers Hill.

Meet the Memorial sprinters focused on being the state’s…