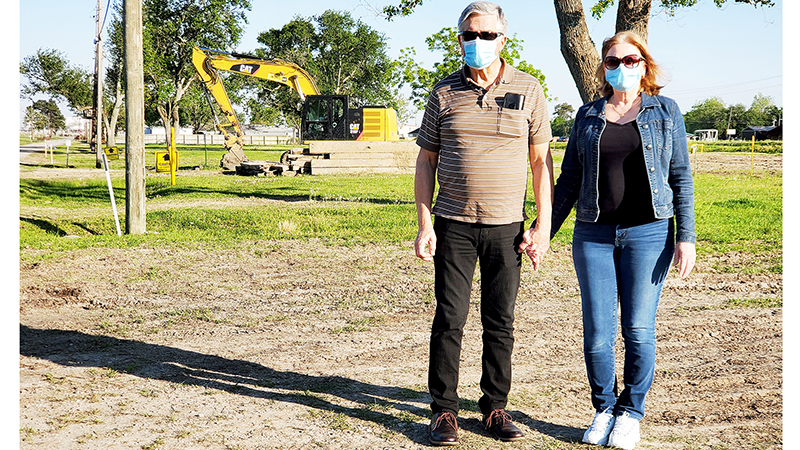 Heavy equipment is visible behind Carl and Cathy Bourg as they stand in the former Fairlea Addition. Work on a nearby pipeline has lead to water line breaks and disruptions for the residents in her nearby neighborhood. (Mary Meaux/The News)

A Port Arthur woman’s complaints of waterline breaks leaving her and others in her neighborhood without water for upwards of 12 hours now have an explanation and a solution.

Cathy Bourg lives in an area flanked by Pure Atlantic Road and Atlantic Road where nearby a water main line runs parallel to a pipeline corridor. On Friday, Bourg and neighbors were without water for 12 ½ hours due to an 18-wheeler running over a valve and crushing it.

Donny Stanton with the city’s water department/interim director of utilities said the valve has since been repaired.

There has been confusion in past years on a pipeline in which the company did not contact with the city of Port Arthur after a line break, Stanton said.

While Stanton didn’t elaborate, it is possible the company that caused the specific line breaks might have reported the issue to a neighboring municipality. 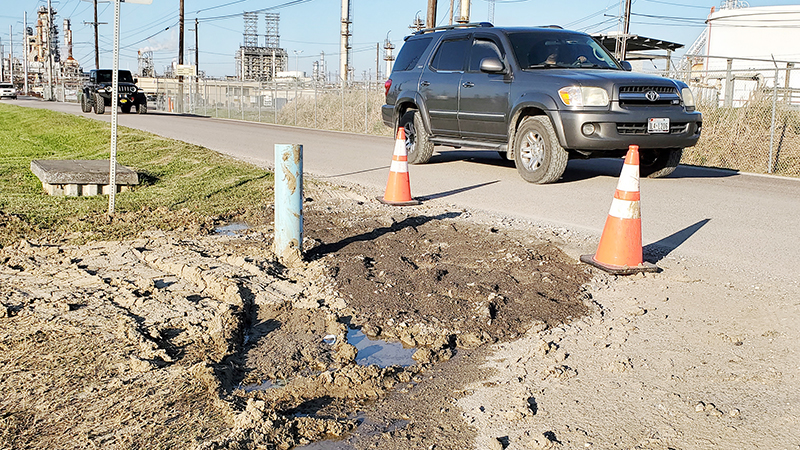 Last week an 18 wheeler struck a valve in the former Fairlea Addition at 32nd Street, causing a 12-plus hour water disruption for residents in the area. (Mary Meaux/The News)

Since then steps have been taken to allow residents of the city to be alerted when incidents arise. Port Arthur joined the 811 program — the “call before you dig” number — but not all municipalities are members of the line locating service.

Bourg said she was also without water earlier this week for about five hours, and had heard the pipeline company isn’t paying for repairs after they cause the breaks.

But this is not true, Stanton said.

“When a line is damaged by an entity, we do back charge the entity,” Stanton said.

Stanton isn’t giving up on finding a way to minimize pipeline ruptures in the area in which Bourg resides.

There were a couple of planned outages last year and this year residents were notified of, he said.

“There’s been an unfortunate chain of events. I understand why they are so upset,” he said.
“Over the past few months and years they have been without water several times.”

Stanton said the impending waterline project would be integrated into the capitol improvement plan.

“I am looking at solutions to help her in the short term,” he added. “We are going to have signage up to show pipelines on the corridor so even less uninformed people that move equipment across the lots know.”