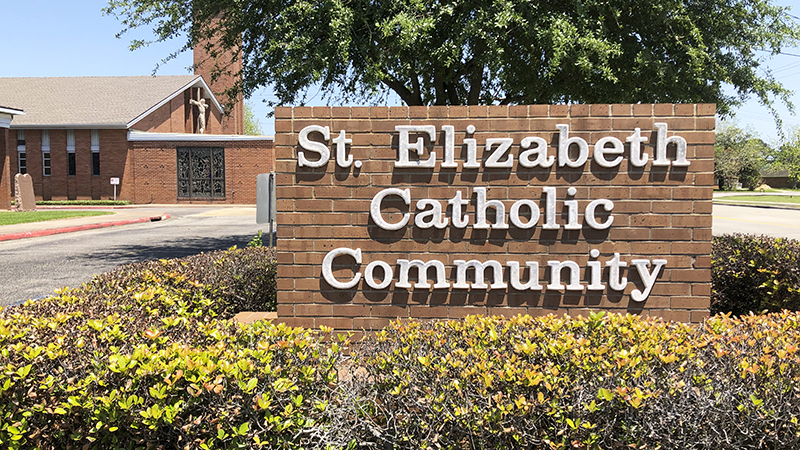 St. Elizabeth Catholic Community in Port Neches is one of several area churches that will be affected by an upcoming shuffle of leadership. (Monique Batson/The News)

Many Catholics in Mid and South Counties will soon be saying goodbye to their long-time pastors and welcoming new ones, after the Diocese of Beaumont announced a reassignment of priests to allow for one’s retirement.

The shifts, said Rev. Shane Baxter, are not uncommon and typically occur at least once a decade. Baxter, who currently is the pastor of St. Elizabeth Catholic Community in Port Neches, will relocate to the Cathedral Basilica of St. Anthony in Beaumont.

“It’s bittersweet,” said the pastor who has been at the Port Neches church for 7 years. “I will miss a lot of people. It will be a big change.”

The moves will take place July 1.

Baxter said between now and then, he’ll be focusing on making sure everything is ready for the incoming pastor.

But he won’t be handing the church over to a stranger, as he and Rev. James McClintock worked together in their early years of priesthood.

“He trained me, so it should be a smooth transition,” Baxter said.

McClintock is currently the pastor of St. Mary in Fannet and St. Martin de Porres Mission in Cheek, where he has served almost 11 years.

But he’s a familiar face in Mid County.

“One thing about Port Neches is I have several relatives that attend St. Elizabeth, several cousins and classmates from college that live there,” he said. “Matter of fact, when I move to Port Neches, that will mean I have been at every Catholic church in Mid County.”

“This will fill out my card,” he joked.

According to a release from Bishop David L. Toups, the moves were necessary to cover the retirement of Monsignor Jeremiah McGrath, who is currently rector of the Cathedral Basilica of St. Anthony in Beaumont.

Other moves in Mid County include: