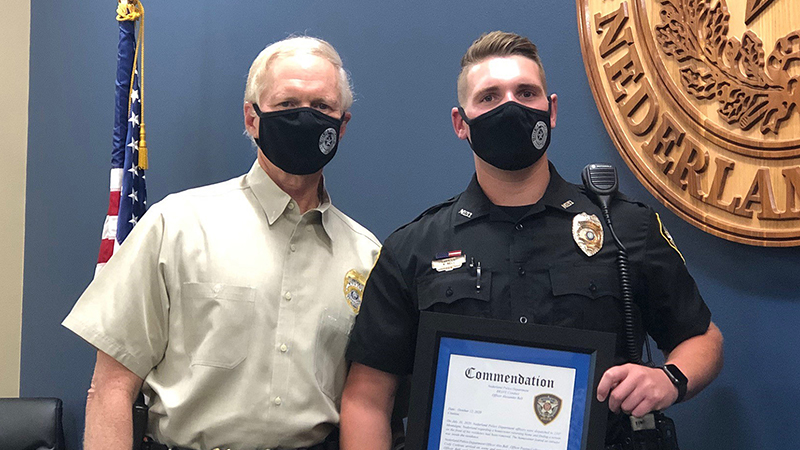 NEDERLAND — Crime statistics in the city of Nederland remain mostly static when comparing 2019 and 2020.

Nederland Police Chief Gary Porter noted calls for service in 2020 were down due to COVID-19 and there not being as many people out and about.

“All in all the crime rates stayed pretty static over the past years, though there is a considerable amount more traffic moving through Nederland,” Porter said. “We continue our best efforts to reduce the crimes we can.”

Robbery and aggravated robbery are reported separately as well, with two reported cases in 2019 and four in 2020.

Nederland City Manager Chris Duque said the Nederland Police Department does a great job for the community, adding police officers have a difficult job in that some crimes cannot be predicted and some offenses can’t be patrolled for.

Training, Duque said, has become a priority for the police department.

Porter listed in his 2020 Annual Report, NPD employees and the various training they had completed in 2020, some of which included eyewitness evidence/identification, understanding excited delirium calls, use of force and School Based Law Enforcement active shooter training mandate.

NPD has hired a number of new officers and is taking part in a cadet training program as well as a partnership where there are school resource officers.

“They are proactive at the schools and nurture the relationship with youth in the community as well as parents and teachers,” Duque said, adding he believes the community is proud of that partnership and relationship. “They are doing an amazing job at the police department in all of their efforts they do to keep the community safe.”

Authorities probing thieves’ inside knowledge after theft of $30K+…