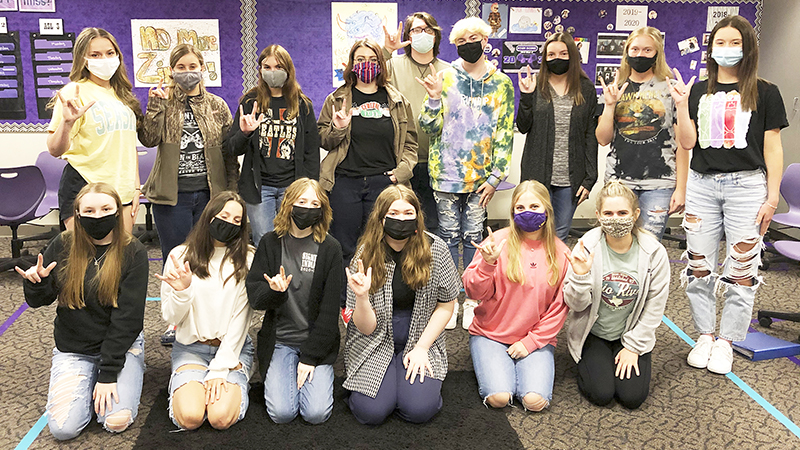 PORT NECHES — The Port Neches-Groves High School students in Brittany Cozad’s class have no problem communicating. But you might have to watch closely to understand.

But in just three years, her class has become so popular, the district is adding a second ASL instructor for the next school year.

In a recent board meeting, trustees approved the hire of Vanessa Perry, saying 140 students wanting to enter ASL had to be turned away this year due to a lack of class availability. Perry, who is deaf, will be bringing the fourth and final level for students wanting to excel in sign language. And it’s one the students are looking forward to.

“I’m a visual learner, and I know I’m not the only one,” said Isabella Nelson. “And having someone who is deaf and signing to us, where we have to depend on watching her and listening while you sign, would be a great way to round out the learning of the language.”

“When we talked to (Perry) the other day, I was surprised how much I understood,” said Brookelyn Burks. “I knew what she was saying.”

Nelson and Burks are part of Cozad’s ASL III class, all being part of the program since its inception.

“We’ve known each other a few years because of ASL,” said Christian Carter. “Because of that, we’re able to talk to each other so we can bounce ideas off each other. Mrs. Cozad takes our input on certain things such as what our lessons should be.”

And the lessons, particularly on “voice-off days,” add an extra element of fun.

“It’s easier to learn when you’re in an environment where you’re not just sitting in a desk all day,” Burks said. “You’re up, you’re moving, you’re talking, you’re interacting with each other. During voice-off days, we don’t talk. We strictly sign to each other.”

For Tayton Robinson, not knowing particular signs can be the most difficult part of the class. But, he said, he can write it on the board or fingerspell it to a classmate for assistance.

“We’re a family in here,” said Libbie Guidry. “It’s just a great feeling knowing that if we come across someone that is deaf in our future, that we can communicate and have a relationship with them.”

The ASL III students went viral in the community a couple of years ago when they began signing the National Anthem at football games. Videos of the visual accompaniment to singers spread like wildfire on social media.

And it was recently joined by a number performed at this year’s Indianette Spring Show.

“It was our director’s idea,” said Guidry, who is also an Indianette. “Last year we wanted to implement it, but of course with COVID we weren’t allowed to have our full spring show. But this year she talked to me and our other seniors. She wanted something new and different to show the different skillsets of all of the Indianettes. So we talked to Mrs. Cozad and we found ‘Rise Up’ by Andra Day, and it was so beautiful. Everyone loved it.”

A clip of the video is available to view at PANews.com.

And while ASL has provided a great opportunity for students to become bilingual, it’s also creating career paths.

“I’m going to Lamar to study sign language,” said senior Sam Tentrup. “I want to be an interpreter.” 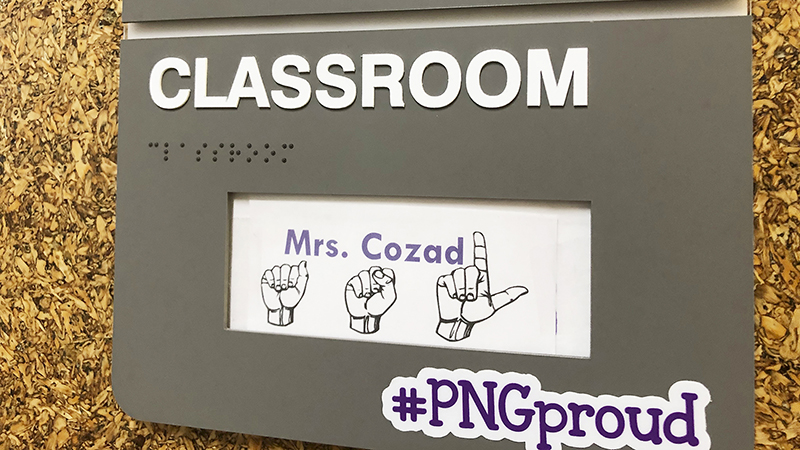