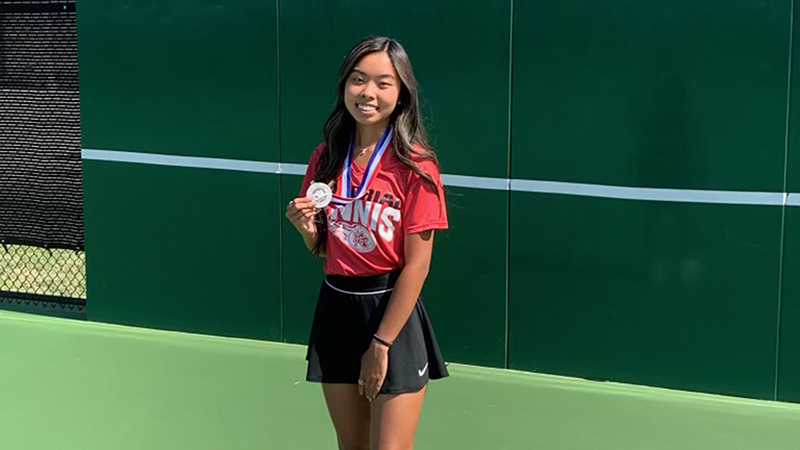 Tammy Pham advances to regionals after coming on second in the District 21-5A girls singles tournament. (Courtesy Photo)

Memorial tennis coach Robyn Summers has seen a bit of success during her first year with the Titans.

Three of her student-athletes are advancing to the area round after qualifying at the District 21-5A tournament last week.

“For them this is huge,” Summers said. “I talked to the coach that was here before me and he said he doesn’t remember anyone going. It is a really great experience. For them to work so hard and get to do this, they will get to feel what it is like to go past district.”

Memorial’s Tammy Pham came in second in the girls singles.

“She won JV district her sophomore year and the pandemic happened last year,” Summers said of Pham. “She is an extremely hard-working student. She is extremely intelligent. She has played great all season. She won the Barbers Hill tournament the week before district. She was coming off that and is playing extremely well.” 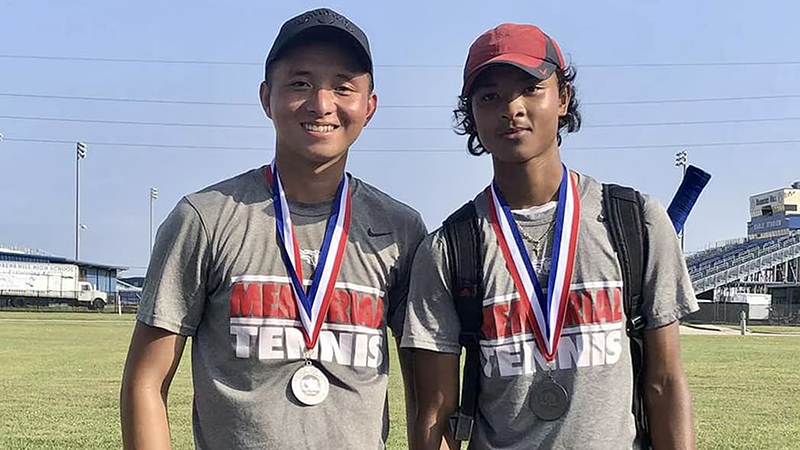 Pham lost to Nederland’s Megan Do in the district finals.

“Megan is an incredible player for Nederland,” Summers said. “I don’t think she was expecting to come in second but it was well deserved.”

The dup of Tuan Nguyen and Nhan Nguyen qualified by coming in second in the boys doubles tournament.

“They played boys doubles in the fall together and then wanted to be with different people,” Summers said. “We ended up putting them back together with, maybe, two or three weeks before district. For them to come together really quickly, you can tell they both wanted to win. They worked really hard to get there as well.”

Summers hopes her team’s success will lead more students towards the program.

“I think it is awesome and I hope we can change the atmosphere around tennis here,” she said. “At Memorial, it is not a big sport. Hopefully, seeing what they have accomplished will help other students to want to join and build the program.”