Meet the Memorial sprinters focused on being the state’s fastest 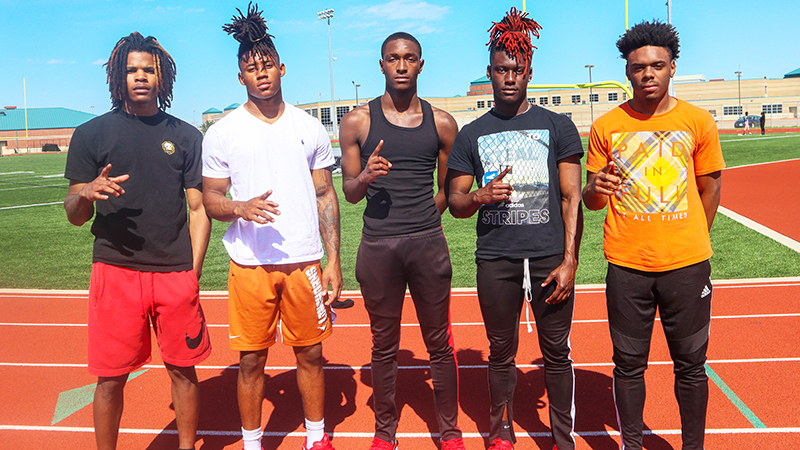 While football is king in Southeast Texas, Darrell Granger said it best.

“This is track season,” he said.

The Memorial track coach has a high standard for his relay teams, which have a strong tradition of being in contention for being one as one of the fastest in the state, if not the country.

“I think there is some pressure on the kids that want to be on the 4×100, because the expectations are so high,” Granger said. “We really want to be in that environment to compete. Everybody knows Memorial is the relay school. Everybody looks for us. The kids have to understand that what people have done before them, the reputation is already there. You have to come in with a certain mindset before you even hit the track. Your mindset has to be different from day one.” 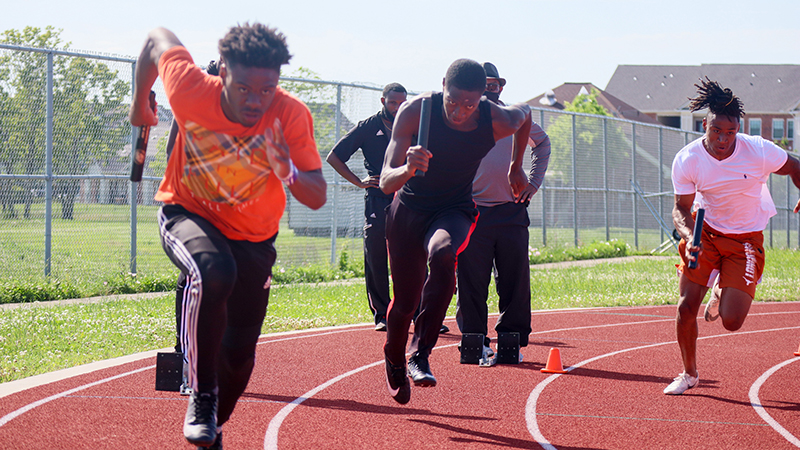 In 2017, Memorial recorded the second fastest time for a high school 4×100 relay team in the United States.

With names like Corey Dauphine and Kary Vincent as part of the school’s decorated program, incoming students know what is expected when they step on the track.

Jaylon Guilbeau, Tyrence Augusta, Jah’mar Sanders Edward Brown and James Ward make up the 4×100 and 4×200 relay teams that will compete at the regional meet this weekend.

“Everybody knows Jah’mar,” Granger said. “He has done an excellent job this season running a full track season and it is going to benefit him a great deal next football season, but we are talking track right now.”

Sanders and Augusta both qualified for the 100-meter dash and will compete at regionals. All four of his relay teammates said Augusta, who earned the nickname Turbo, is the fastest runner on the team.

“We come out here every day to become the fastest in the state, country, whatever,” Augusta said. “We just work our butts off.” 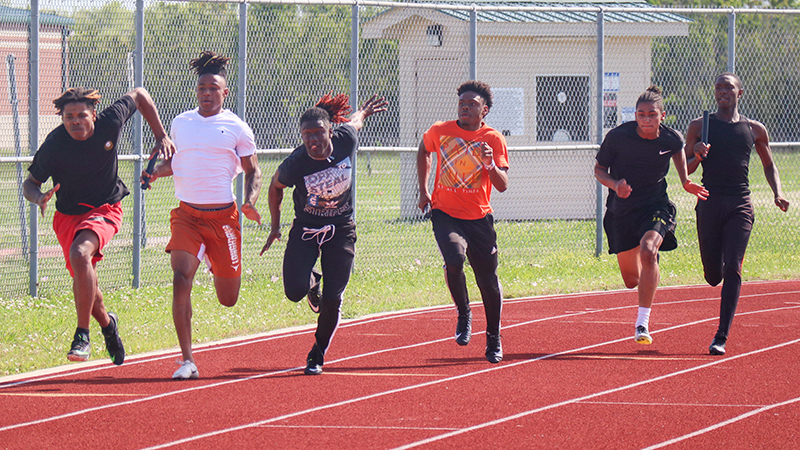 Guilbeau, who committed to play defensive back for the University of Texas, has proven to be on of the schools better all-around athletes, Granger said.

“He comes out here and competes hard,” he said. “He makes us look good, because he looks good. Great kid. We are going to miss him.”

Guilbeau, Augusta and Brown are on both teams with Sanders running in the 4×100 and Ward in the 4×200.

Ward has missed the majority of the season with injury and illness but has returned in time for regionals. Granger said the addition could be key to push Memorial over the hump.

“He has been a part of the team for the last three years,” Granger said. “We are trying to see how he can help us.”

All five said they are aware of the expectations.

“We have the city on our backs,” Guilbea said. “We have to go out and perform. This is what we do. This is Port Arthur. We are known for track.”

For much of the season, Sanders led off the 4×100 team before handing the baton to Augusta, who hands it to Guilbeau. Brown, the youngest on the team, has had the responsibility of being the anchor. The rotation is still subject to change, the coach said. Finding the right lineup is key. Each of the legs of the race has specific goals that work in harmony when done correctly. 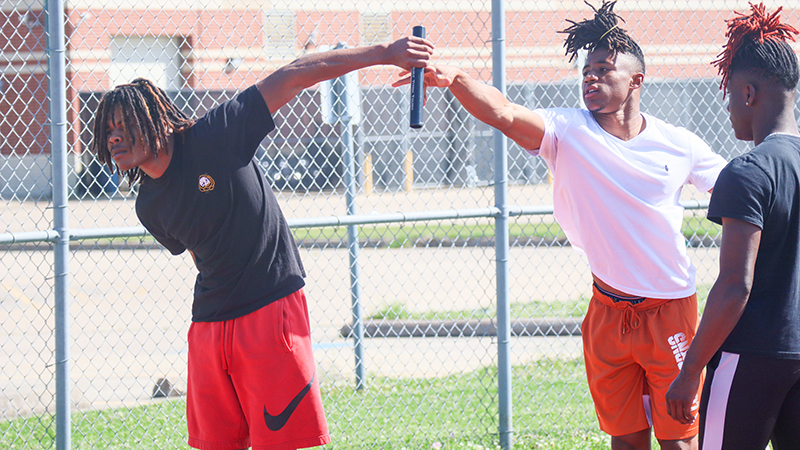 Granger said the anchor has to want it.

Granger said Brown has a lot of talent but still has to understand his potential.

“He has a lot of natural speed, but we just need to put it all together,” Granger said.

Brown said he looks up to his teammates and that the concentration of talent makes all of them work harder.

“There are a lot of eyes on me because I am the youngest with a bunch of older track guys,” Brown said. “These are guys I look up to.”

The team will take the track Friday and Saturday in Humble for a chance to qualify for the state meet in Austin in May.