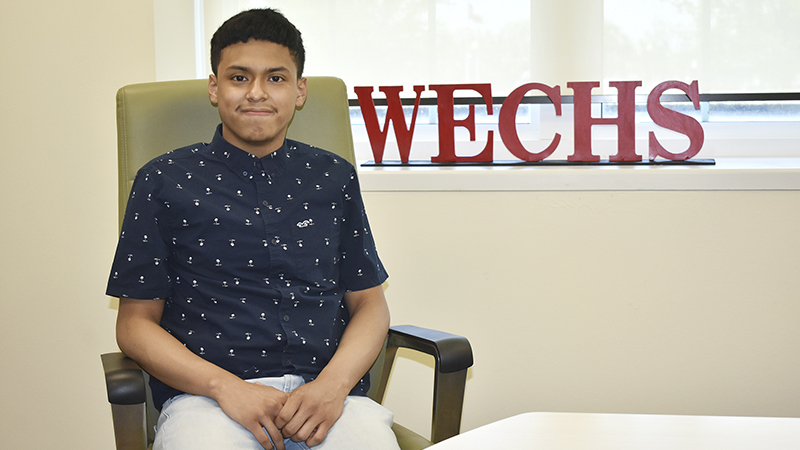 Rafael Castro, who is identified as autistic, is set to earn his high school diploma from Woodrow Wilson Early College High School and associates degree from LSCPA next month. (Mary Meaux/The News)

Rafael Castro sometimes wonders what it would be like to not be autistic.

“Being ‘normal’ like my sisters would be a good thing,” Castro said. “I always wanted to be like a prodigy, a child prodigy. One that makes inventions; always gets straight A’s and all of that.”

Castro said he thought his sisters were child prodigies because they made good grades.

“But I found out they’re just like normal,” he said realizing their success was due to hard work. “So I guess people like me can be a little bit like prodigies.”

Titles aside, the 17-year-old Castro is set to earn his high school diploma from Woodrow Wilson Early College High School in the top percent of his class and an associates degree from Lamar State College Port Arthur with a 3.42 grade point average.

The soon-to-graduate senior said as a child his mother thought he was deaf because he was so quiet. He did not speak until he was 6. They later learned his diagnosis.

Idalia Castro, Rafael’s mother, noted there were signs at an early age.

At 3, he didn’t want to be with anyone, not even children his own age.

As the years progressed his condition “became worse.” He cried too much, teachers would tell her that her son was hyperactive and she needed to take him to a doctor.

At 4 years old he would break pencils when upset. He did not want to participate or talk to anyone.

He was very intelligent, she said, adding he wanted to do things by himself.

He was also a dedicated reader using all of the money given to him to buy books.

When her son was finally diagnosed, she worried but accepted the news. 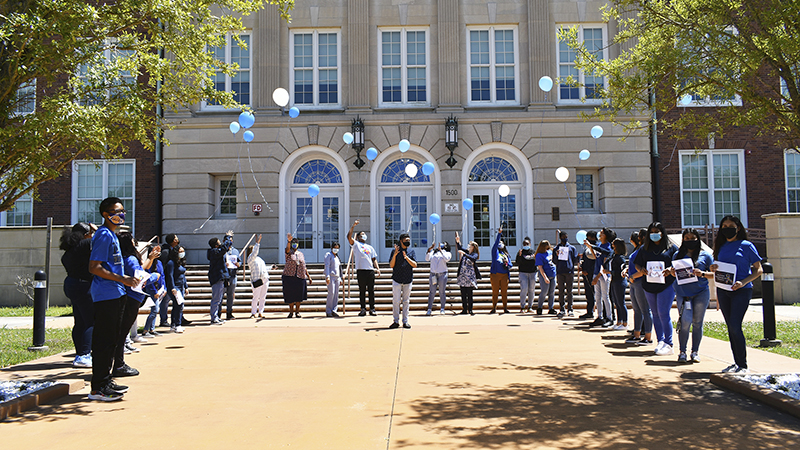 Castro is a wordsmith of sorts, honing his knowledge through his studies and through tvtropes.org, a site where users discuss plots, characters and more of TV shows and popular culture.

The site, he said, uses a lot of good words, which he learns through reading various scripts.

“Since I’m going to go to college, I always assumed they use advanced words like pedigree words, you know. I mean it’s all about logic and grammar,” Castro said of learning new words and adding them to his vocabulary. “And clearly it’s helped with my brain. I mean, it seems rather natural since it’s like a synonym for even the simplest word.”

“You see, his experience with peers at other schools had thus far not been kind because Rafael is socially different. Respect and kindness was not often reciprocated. Also, Rafael constantly strives for perfection, so at first, he was very worried he would make a mistake, get lost, or do something wrong — which he never did.

“To ease his nerves, we would write everything down in a notebook. He would write down questions he had, and he would ask me to write down things he needed to remember. The notebook was only needed for a few weeks because he quickly adjusted to the rigor of the schedule and routine.”

The introverted Castro has earned the respect and friendship of his classmates.

Tina Nguyen, senior, said Castro is cool, super kind and she is grateful to have an honest and helpful friend.

Classmate Kaitlyn Tran has known Castro for the past three years and called him a hardworking student who is very helpful and strives for greatness.

“Rafael is an exemplary representation of a high achieving student at Wilson Early College through academics and involvement in organizations such as National Honor Society and Young Men of Excellence,” senior Roger Turcios said. 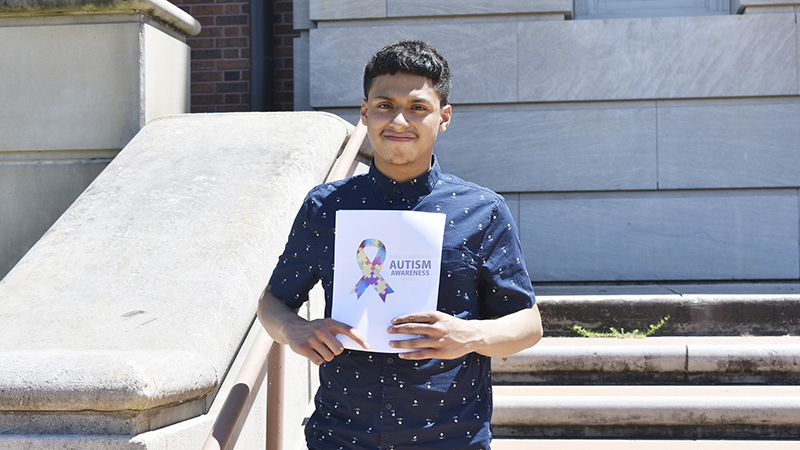 According to the Centers for Disease Control and Prevention, Autism Spectrum Disorder is a developmental disability that can cause significant social, communication and behavioral challenges.

As children with ASD become adolescents and young adults, they might have difficulties developing and maintaining friendships, communicating with peers and adults, or understanding what behaviors are expected in school or on the job, according to information from the CDC.

Castro, who is interested in going into the medical field, doesn’t work to spread the word at school about autism.

He said his peers can tell by his behavior.

“I mean, I am socially inept, an introvert,” he said in a matter-of-fact tone. “At least some introverts have some kind of high rate IQ, you know like Albert Einstein, and even Isaac Newton. I mean, there’s other people like me, like actors, musicians and, yes, even doctors.”

With graduation around the corner, now is the time to seek scholarships and admission to Lamar University.

Pelar Echavez, his Algebra II teacher, said in a letter recommending Castro for a scholarship, that the student has impressed his peers and teachers with his passion, focus and determination.

She praised him for his proactive approach towards achieving his goals and believes he will succeed in whichever path he chooses in the future.

Castro’s favorite phrase is “the moral of the story,” and in a way this computes to his life in how he connects a plot and an end result or a story in a book.

He sees his sisters, Yamarie and Jeanina, as successes and people he wants to emulate. His younger brother Arafat attends Wilson, as well.

“Even though we have our differences, we have each other’s backs and he comforts me,” Arafat Castro said. “He was always my childhood best friend, and I will always rely on him when I have problems. He always puts everything at ease with his logic. He always defends me, especially in school.”

His parents, Idalia Castro and Rafael Castro Sr., are proud of their son and of his accomplishments, they said.