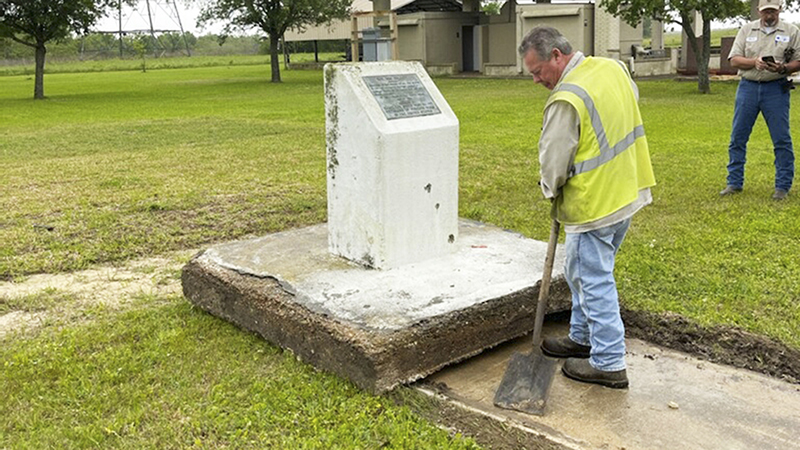 It was the late summer of 2018 when then-Port Arthur News editor Kenneth Stickney published a story about David Williams, Hamilton Smith Post 797 and the World War I Memorial hidden behind a chain link fence.

It is now 2021, Mr. Williams has passed away without his last wish.

But here is the rest of the story.

George Newsome and Russel Buss were members on the Port Arthur Rotary’s “The International Avenue of Flags” Display 2015. In 2018 they read Ken’s article and had a plan.

They dug up the history of the 1932 dedication of the Memorial. In a heart beat George said he could easily move it. Where? Downtown? No. A better location — The War Memorial on Highway 73. A perfect date to have it there would be the 100th year anniversary of WWI.

Many Calls were made to the Texas State American Legion and Jefferson County District 2, which maintains the memorial on Highway 73.

Memorial Day 2021 will bring a need for grieving, memorials for COVID, and to honor WWI.

The WWI Memorial is now resting at the site on Highway 73.

County commissioners Darrel Bush and Michael Sinegal were instrumental in moving and setting it.

MONIQUE BATSON — It’s time to step up and…