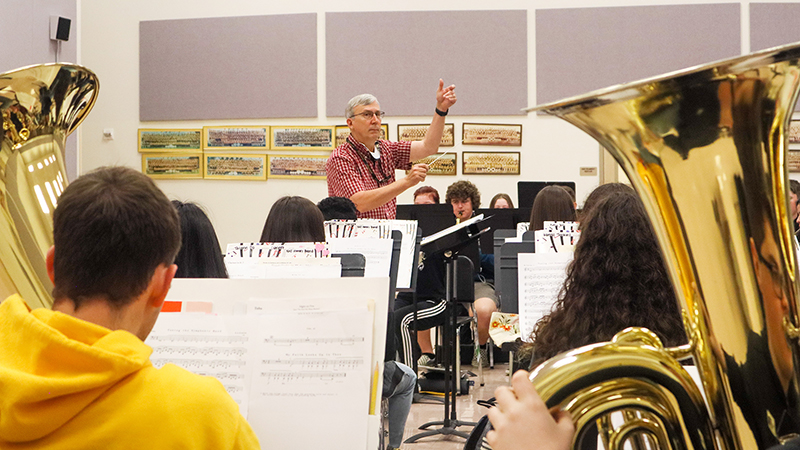 Greg Rose said the Nederland High School band has been performing at a high level for decades, a tradition that includes his father’s tenure as band director. (Chris Moore/The News)

NEDERLAND — All of the pieces matter for Nederland Band Director Greg Rose.

While practicing for a UIL sight reading and concert contest that will take place later this month, Rose and his students recently spent the better part of an hour and a half going through music measure by measure.

Over the duration of the class, Rose instructed each instrument group on their roles before playing a small bit of the music with additional instruments.

He and the class would repeat the process with meticulous precision until it was refined and polished.

The Nederland band has a high standing in the community and the state. Late last month, NISD superintendent Stuart Kieschnick announced at a school board meeting that the high school band was invited to perform at the 100-year celebration of the Lincoln Memorial, slated for next year.

“We were very excited to be nominated,” Rose said. “Our principal received a letter saying that we had been nominated. We honestly, right now, do not know the source of the nomination. We were flattered. It is always nice to be recognized for something like that.”

Kieschnick said there is still plenty of planning to be done.

“We are thrilled for this opportunity for our students and our fine arts program,” he said. “These students work hard and deserve the recognition… I encourage our community and organizations to support their fundraising efforts when the time comes.” 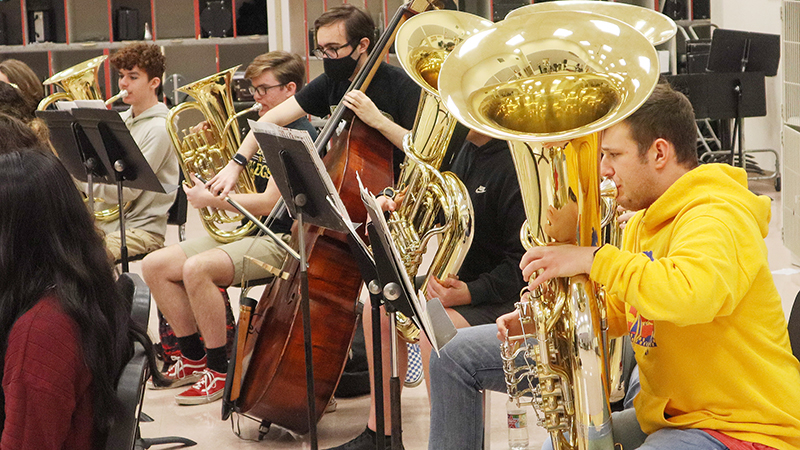 The Nederland High School band has been invited to perform at the 100-year celebration of the Lincoln Memorial, slated for 2022. (Chris Moore/The News)

The band director said he feels a personal responsibility to keep the standards of the NHS band high.

“The program has been good for 60-plus years,” Rose said. “In a community like ours, you have relatives and parents who are former band members or musicians. The community’s support of all of that is a valuable thing. I have lived in other places, so I am appreciative of that. It means a lot.”

Rose has been with Nederland for 21 years, following his father.

“My dad was the band director here before me,” he said. “He was here for 14 years. I was familiar with some things, but the band program was really, really good before I got here.”

Nederland High School’s band has a history of excellence that has put it in positions to witness history.

Rose said participating in the Lincoln Memorial event would be one of the highlights of his career.

“That would be a neat experience for the kids,” he said.

Now, Rose and the NISD administration are working through the logistics of getting the band to Washington D.C. Still early in the process, many details about the event are unknown.

Much like the music, the plans for the trip to DC will be broken down into smaller parts to be refined and polished with a bigger goal in mind.

At the end of his recent class, Rose had his students run through the music one more time, but this time, all together.

What was once broken down with painstaking attention to every measure and every individual note was uniform and in harmony. 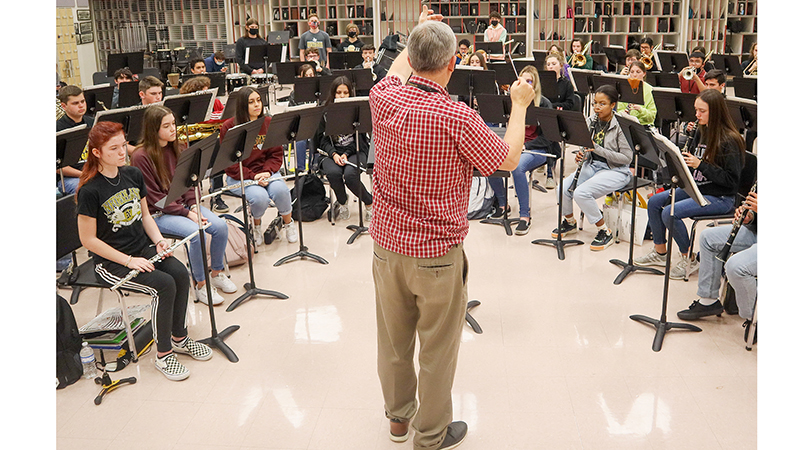