Former quarterback, prisoner Damon West details next route with help from his wife 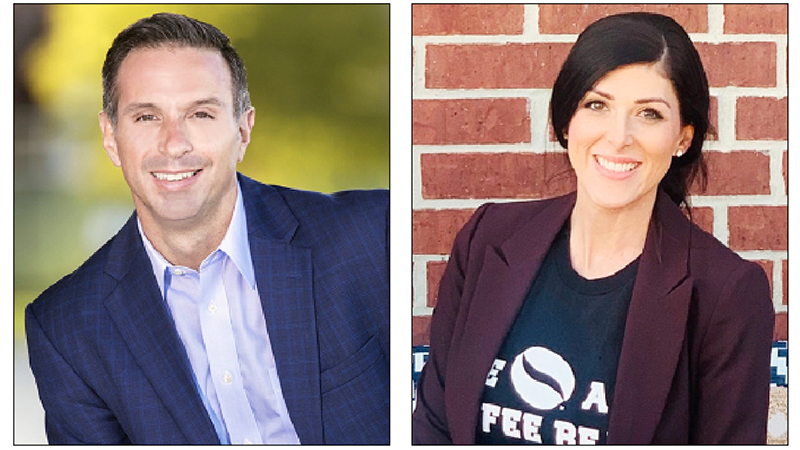 (Editor’s note: The following article first published in the Volume 2, 2021, edition of Greater Port Arthur The Magazine. It has been edited for publication today in The News.)

Born and raised in Port Arthur, Damon West is a product of the Port Arthur school system, a star athlete at Thomas Jefferson High School and a starting Division 1 quarterback at the University of North Texas. He has worked in the U.S. Congress, has been a national fundraiser on a U.S. presidential campaign and a stockbroker for one of the biggest Wall Street banks in the world.

He’s also been an alcoholic, a drug addict and a thief. As a homeless drug addict in Dallas, he became a serial burglar. His infamous crime spree became known as The Uptown Burglaries. In 2008, Dallas SWAT brought justice to him and took him into sobriety at gunpoint. Less than a year later, on May 18, 2009, a Dallas jury sentenced him to life in prison.

Damon was paroled on his life sentence in 2015. Since then, he has become a sought out motivational speaker, a best-selling author, a college professor (teaching a class called Prisons in America), a husband and a step-father.

Now Damon and his wife, Kendell Romero, have created a foundation with plans to give back.

Question: Tell me about your Be A Coffee Bean Foundation.

This message made sense to me. It not only got me through life in a maximum-security prison, it also gave me the impetus to change my life and positively impact the world around me. I have shared the coffee bean message with hundreds of audiences over the years, have written books about it and have seen so much positive transformation in others as a result.

Still, Kendell and I have always thought there must be something more we can do to help others with this amazing message. So, at the beginning of the pandemic, Kendell and I founded the Be A Coffee Bean Foundation, in the hopes of helping others in need. Finding coffee beans ready to make coffee.

Question: So, what did y’all decide as the causes to support?

Kendell: Well, given Damon’s background, we both agreed that we wanted the foundation to be rooted in criminal justice reform. Our family bond is very important to us, and I absolutely love being a mom. We knew we wanted to help reduce incarceration rates for at-risk youth, provide second chances and help kids who have an incarcerated parent while strengthening the parent-child bond.

We had a light bulb moment this past summer, when we heard about this incredible program called, Call Me MiSTER. In short, they take African American men who have graduated high school, provide them a scholarship in elementary education and, upon graduation, these men become elementary school teachers in at-risk elementary schools. They earn the salutation of Mister in front of their names as they complete the program, which runs parallel to their degree plan, and is focused on mentorship and character development.

It dawned on us that we could combine our desire for criminal justice reform, and helping kids, if we could do a version of this program in a state prison system.

Damon: In the first initiative — Mister Coffee Bean — we find incarcerated, black men, with non-violent, non-aggravated, low level offenses, with the aptitude to test into college, who also do not have a lot of time left on their sentences. These Misters will then be shipped to one prison, where a university affiliated professor with Call Me MiSTER will come into the prison so that these men can earn their bachelor degrees in elementary education and be mentored in a Living Learning Community. After earning their elementary education degrees and passing their teacher certification exams, they will be paroled and placed to teach in the most at-risk elementary schools in their state to serve as educators and role models for our most at-risk youth.

And, because I’ve been through the re-entry process, I believe we have to do even more to give these men the tools to succeed. This is where the foundation really comes in, by giving our graduates a car, a wardrobe, a place to live and their first-year student teacher salary.

Our programs will not cost the taxpayers any additional dollars as we are funded through private donations.

Question: Do you have a state that is willing to try this?

Kendell: It has never been attempted before. Until now. We have partnered with the State of Louisiana to do this for the first time. Our inaugural cohort will be five African American men in their prison system who fit the criteria Damon listed.

I do feel it is important to note, that felons can, and already do, teach in the public-school setting. Our program is to provide our Misters with tutoring, mentoring, character development, and not only the tools for successful re-entry, but the tools to be a reformed and good man, a much needed role model for our youth.

Question: You said you would pick your candidates by race, specifically only African-American men.

Kendell: What we are doing is addressing a need — lack of African American male teachers — by going to a place — a state prison system — to find men who are redeemable. Men who want to be useful again, but need someone to believe in them and give them a chance. The same chance so many gave Damon when he got out.

Moreover, we’ve put a revolutionary twist on the school-to-prison pipeline by reversing it, making it the prison-to-school pipeline. Now, we are addressing criminal justice reform with pre-intervention and second chances.

Question: What else does the foundation do?

Damon: Our other initiative — Coffee Bean CARES — is to help children of incarcerated parents. One of the hardest things to see in prison was the parental guilt from the men I served time with because they could do absolutely nothing to help their children. I learned early on that their children were suffering just as much or more for their crimes.

As a parent, Kendell was so instrumental in the creation of CARES.

Kendell: CARES: Cultivating Activities and Relationships through Extracurricular Scholarships. Through qualitative studies, a key strategy in reducing generational incarceration and setting up for success, is to provide children with incarcerated parents access to extracurricular activities.

Not only do we provide scholarships for any and all extracurricular activities, dance, sports, karate, debate, music, etc., we also have the incarcerated parent apply for the scholarship on behalf of their child. Fostering a sense of usefulness and bringing a sense self-worth to the parent helps strengthen the parent-child bond while the parent is still incarcerated. Providing for their child through our foundation helps not only the child and their guardian, but also the incarcerated parent, and the family unit as a whole.

Question: How is the foundation structured?

Damon: Kendell and I are the co-founders. Kendell volunteers her time as the executive director and runs the foundation with our board of directors, which are also all voluntary positions, including my own.

Question: Are you taking public donations? How can people get involved?

Kendell: We are going to open our website up for public donations late March 2021. All donations through our website are overhead free, meaning, the foundation does not keep any of the donations for administrative costs made through the site and every dollar goes to the initiatives.