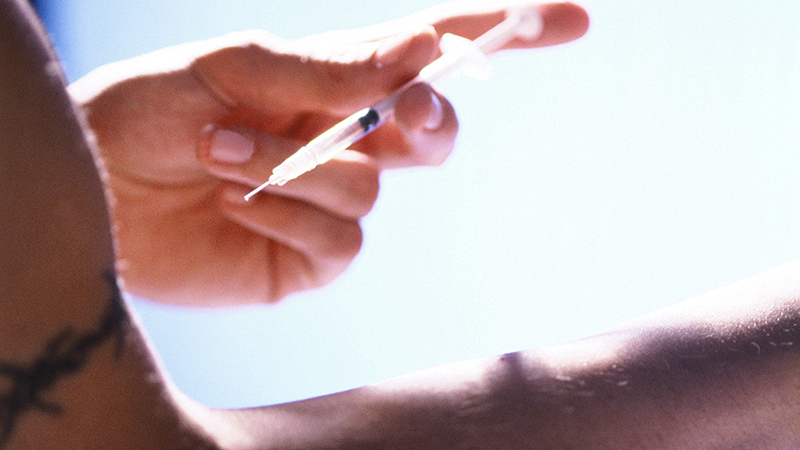 The continued use of methamphetamine and uptick in heroin abuse in Southeast Texas may have contributed to four people overdosing in Nederland about a week ago.

The incidents occurred on the same day, separately in different areas of the city and at least one person told police he had snorted heroin, Nederland Police Chief Gary Porter said.

There was also a suspected suicide police believe may be related to one of the drugs, though meth was found at the scene.

“There is a spike in heroin use, and we are actively investigating numerous tips,” Buckholz said. “Officers are confident an arrest is pending in the near future.”

Buckholz could not elaborate on investigation.

There are times when police are called to the scene where a person appears intoxicated and the drug or drugs of choice may not be immediately known. Those calls can happen daily across the area, Port Neches Police Chief Paul Lemoine said.

For example there may be a call of a woman walking around Walgreens who can barely stand. She tells officers she takes prescription medication.

A similar call could be for a person suspected of public intoxication or driving while intoxicated. Unless there is evidence to point to a particular source, the intoxicant is initially unknown.

Heroin is an opiate made from morphine and extracted from certain poppy plants. It comes in a white or brownish powder, or a black sticky substance known as “black tar heroin.” It is often “cut” with other drugs or substances such as sugar or powdered milk.

The user is unaware how much actual heroin is being used, creating the likelihood of overdose, according to the United States Drug Enforcement Administration.

Heroin can be injected, smoked or sniffed/snorted and is highly addictive. The drug gives the initial feeling of euphoria, then a “twilight state of sleep and wakefulness.”

Meth is a stimulant that speeds the body’s system and comes as a pill or powder, according to the DEA site. It is available in prescription form as Desoxyn to treat obesity and ADHD.

Crystal meth resembles glass fragments and is an illegally altered version of the prescription drug that is cooked with over-the-counter drugs in meth labs.

Meth can be smoked, snorted or injected.

“People wanting to buy meth and heroin are the same ones burglarizing cars at night and stealing your lawnmower,” he said. “Substance abuse draws a majority of property crime.”

“I would even go further to say individuals who are high on these illicit narcotics do commit a large portion of our crimes, not just property crimes but violent crimes in the city,” Hebert said.

A man police believe is involved in a robbery and shooting on Chevy Chase Lane reportedly admitted to using an illicit narcotic, he said.

“There is a correlation between illegal narcotics and not just property crimes but violent crimes,” Hebert said.

What can be done?

Local law enforcement is working to combat the problem.

“If you or a family member have a substance abuse problem, seek treatment before enforcement action forces us to take action,” Porter said. “As law enforcement we stay diligent. If you are selling (drugs) in the city, we will prosecute. And if people have information about heroin or meth, give us a call.”