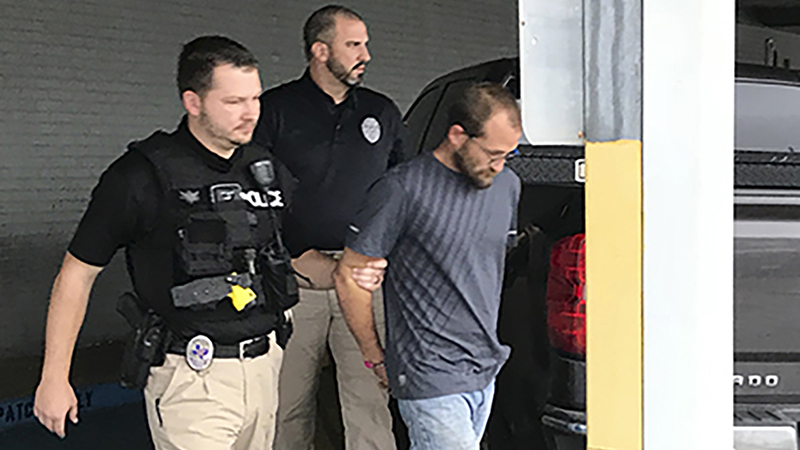 Daniel Shackleford is led out of the police station in February of 2019 and to a waiting car for transport to jail. (Ken Stickney/The News)

“This is a horrible ending to what was a domestic dispute,” Assistant District Attorney Mike Laird said. “This is why we treat domestic crimes so serious. The Port Arthur Police Department did an excellent job of investigating and unravelling Shackleford’s story.”

Shackleford was sentenced to 40 years in prison, the D.A.’s office said.

On Feb. 24, 2019, officers responded to a call of a woman who was unconscious in the 2100 block of Birch Street in Port Arthur.

The woman, Gonzalez, was found on the floor of a bedroom in the house with injuries to her head and neck. It was her 34th birthday, authorities said.

Shackleford’s story began to unravel under questioning by detectives in the case, authorities said.

Detectives also found witnesses that described Shackleford as being abusive toward Gonzalez.

Shackleford finally admitted he struck Gonzalez over an argument earlier in the evening. He admitted to lying about fishing that day.