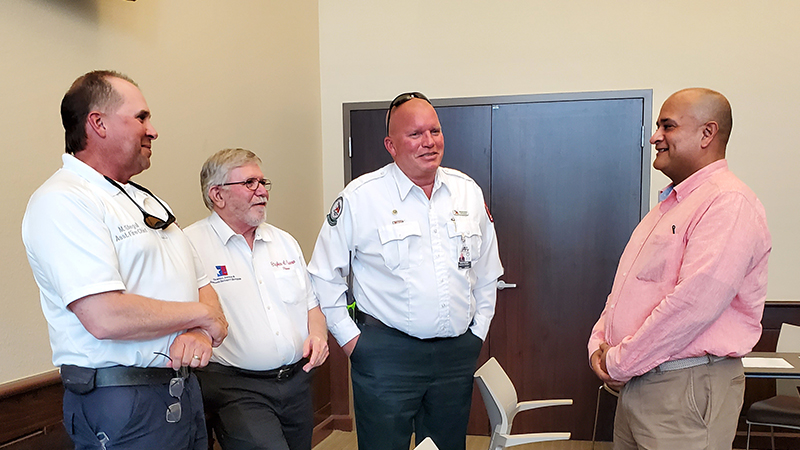 Eloy Vega, 51, addressed the room saying it is an honor and privilege to be selected as the next fire chief. He alluded to the oath of office where he swore to the best of his ability to preserve, protect and defend the Constitution and laws of the U.S. and of the state of Texas, saying he gives his word to be a good steward of the city’s resources.

Mayor Glenn Johnson thanked the fire fighters, some of who were in the audience, for their work during the interim; and also gave thanks to Assistant Chief Mike Stegall, who assumed the role of interim chief.

City leaders did not directly mention previous fire chief Paul Nelson, who was fired after he was arrested Jan. 14 on two promotion-of-child pornography charges. The warrants followed an investigation by the Texas Attorney General’s Child Exploitation Unit. 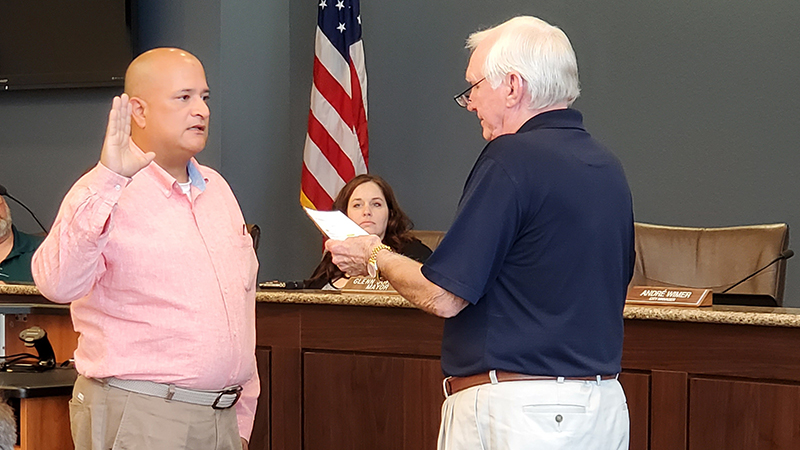 Vega is a Laredo native, and has served the Laredo Fire Department for 22 years. He has worked in the training division, fire prevention and arson divisions; as well as in administration.

Vega said, in an interview with Port Arthur Newsmedia this week, he is familiar with the industrial aspect of the job and has experience with the commercial trade and the huge amount of hazardous material traffic that passes through Laredo.

In addition, he has also worked to mitigate and deal with warehouse fires. And while that is different from a refinery fire, it is complex and involves numerous units, jurisdictions and several days to control.

His first day on duty is April 26.