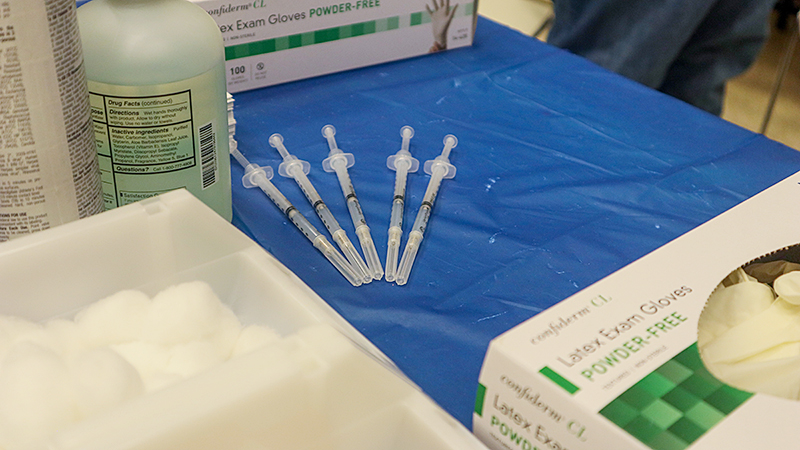 Nearly one month since Gov. Greg Abbott reopened the state to 100 percent, an expected surge in COVID-19 cases has instead become a downward trend.

“It’s looking good,” said Jefferson County Judge Jeff Branick. “I’m elated by it. I don’t know if it’s a natural progression of the disease and infection rates, a result of the vaccination or better personal hygiene. I really don’t think we will know for several years.” 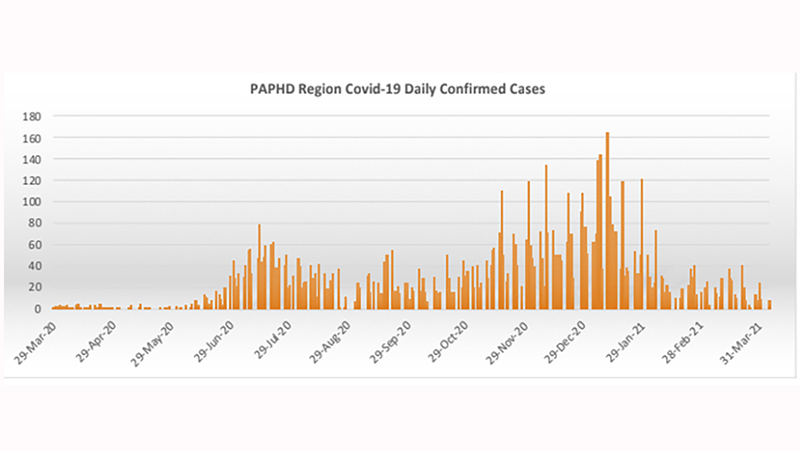 But, the judge said, the drop in daily cases is not just a local trend but one seen across the state.

The Port Arthur Public Health Department reported the first case of COVID March 26, 2020, eight days after the first case in the region was diagnosed in Beaumont.

The state reached its peak in one-day positive diagnosis on Dec. 29 with approximately 27,000, according to data from Texas Health and Human Services.

Vaccinations, some say, could play a large part in the decline.

“On Feb. 9 when we opened the hub at the Civic Center, we started giving more vaccinations,” said Judith Smith, director of health services for the Port Arthur Public Health Department. “Now we are seeing that people are responding, coming back for their second dose.” 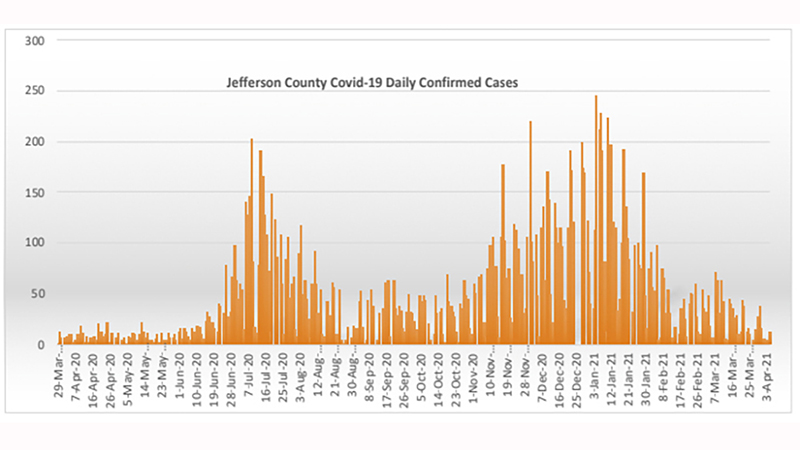 Smith said now that the hub is open to everyone, officials have seen college students and even 18-year-old high school students come in for vaccines.

“We’re still focusing on the elderly population because they’re at extreme risk for complications,” she said, “but it is good.”

As of April 6, the Port Arthur hub had administered approximately 24,000 first and second doses of the Moderna vaccine.

“Last year after each holiday we would see an increase – Memorial Day, 4th of July, Mother’s Day,” Smith said. “I’m just hoping this year is not like that. As people are coming in, they’re feeling a lot more at ease congregating.”

On April 2, Texas Health and Human Services said the state had received more than 2.5 million doses of the vaccine that week, which was the largest allocation to date.

More than 12.5 million Texans, the state reports, have received at least one dose of the vaccine.

Smith said there are tentative plans to close the Civic Center as a vaccine hub on April 23; however, a new location would be announced at a later date.