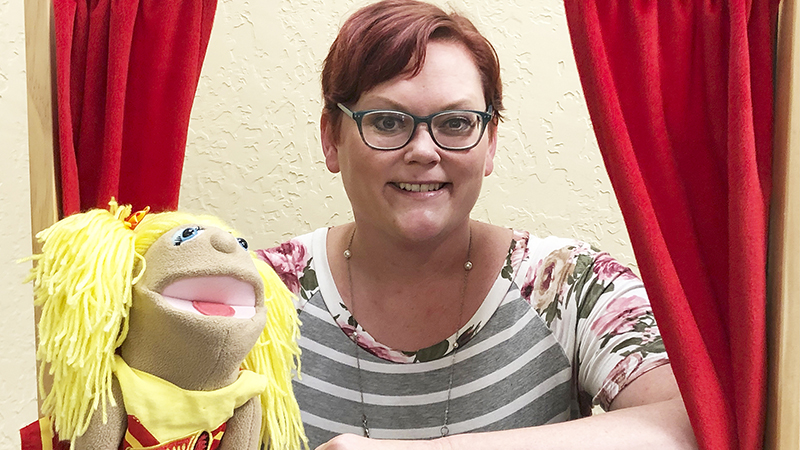 At 35, Ashley Grater has found her passion working as a speech pathologist. But it’s a dream that, nearly 20 years ago, seemed almost unachievable for the Nederland High School dropout.

“I was dealing with so much stress, depression and anxiety,” she said of her junior year, which would be her last in public school. “I didn’t know how to cope with it or ask my parents for help. There was a lot of deep-seeded stuff happening that I was not mature enough to cope with by myself.”

Despite leaving school without a degree, the life-long Nederland resident, remained a hard worker through the next decade, holding a variety of jobs. She got her GED, and in 2003 attempted to start college. But the cost was too high, and she wasn’t able to get financial aid.

Even more of a challenge, she had yet to decide what she wanted to do in life.

That was, until she started working at a clinic that had occupational and speech therapy services.

“I really fell in love with the speech aspect,” Grater said.

And then came the deciding moment. 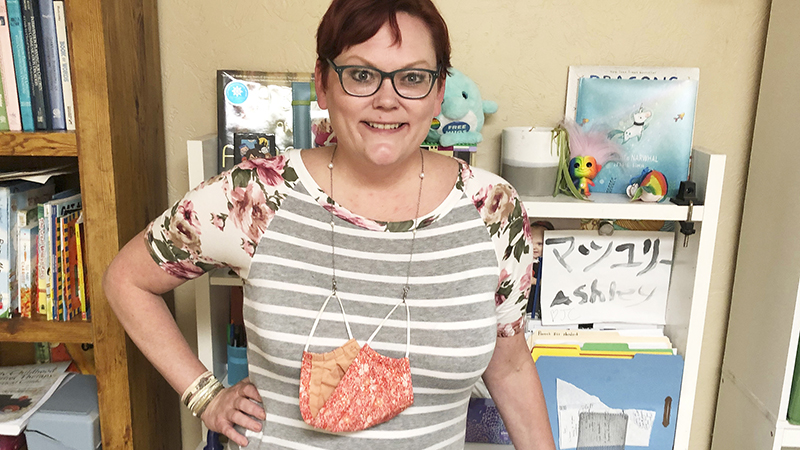 In 2014, she had a child. And it wasn’t long before she knew it was time to do something.

“When Luna turned 1, I decided I needed to go back to college or I was always going to be stuck behind a desk,” she said. “I wanted to be independently financially capable of raising my daughter.”

For the next four years, she took 15 hours a semester at Lamar University while working as a server at the Pompano Club and raising a toddler.

“I almost wanted to quit several times, especially when I got into grad school,” Grater said. “There were times when I had to bring Luna to college with me. You can’t miss more than two days in a semester so there were times when we’d have a young mother in there nursing a baby. Our professors had children. I’d give (Luna) something to play with and hope she’d stay quiet for 90 minutes.”

She also credits the university for its support.

“The department was very helpful and wanted us to succeed. They made allowances for working moms.”

Grater finished grad school in December 2019. She entered an internship program that would allow her to gain her license.

And on March 15 of this year, she received her certificate as a licensed speech language pathologist.

“It was rough,” Grater said of her path to success. “I know now that I can push myself to succeed in anything I do. That program was extremely difficult but also extremely fun. I learned how to be a better mother and therapist. I learned how to manage my time better. I learned how to stand up for myself. I’ll have this degree for the rest of my life and it’s all mine.”

Currently she works for Travis Pediatric Therapy Center in Beaumont, but is looking towards a future move to Galveston. It’s been a dream of hers to live there, but leaving her job won’t be easy.

“I love where I work,” she said. “Besides the wonderful children I get to see every day, there’s flexibility and I feel very supported at work. We’re very much like family.”

But the woman who spent years working towards her goals won’t be stopping now.

To young students currently struggling, Grater says, “Reach out to a counselor. If you can’t reach out to your own parent, find a friend whose parents might help you.”

And while she knows college is the typical transition for high school students, she recognizes it might not be right for everyone.
“There’s a reason we want our kids to go to college when they graduate high school,” she said. “I know some kids might need a break. I totally support trade schools. But find something to do that gives you a sense of self, whether it’s going to college or not. Going back later is hard.”

Taylor Getwood says youth will be asset in Port…