Port Arthur Mayor Thurman Bartie: “I’ve taken both injections, and it didn’t take me out” 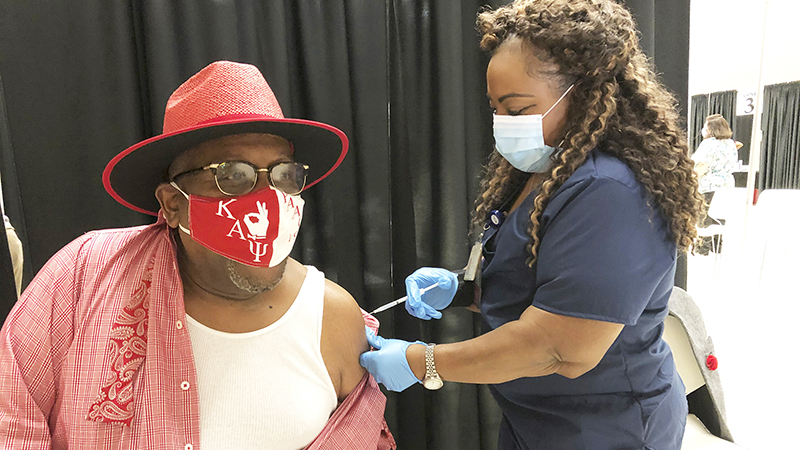 But sitting at the Robert A. Bob Bowers Civic center Monday awaiting his second shot, the public official pleaded with the public to take advantage of the local vaccination hub as he still suffers from symptoms of the virus.

“My lung capacity is 80,” he said prior to receiving his shot. “I weaned myself off of the oxygen.”

Bartie said he also struggles with cardiac and kidney problems.

“We have individuals that just want to be defiant, but I’ve seen too many people who had this since I’ve had it, and they’ve been called home,” he said. “For whatever reason, God blessed me to still be here. For one time in my life, at 66, I’m really listening. The more I can explain it to people, and the more they see it – this stuff is real.”

Bartie, who received his first shot March 1, said he invited people to watch his second vaccination as a way to lead by example.

“For communities of color, you can see that I am a person of color. I’ve taken both injections, and it didn’t take me out,” he said. “So as far as saying they’re going to take us out and kill us — no.”

Since March 2020, Jefferson County has recorded approximately 18,998 cases of the coronavirus.

The Civic Center in February opened as a vaccination center for Greater Port Arthur and Mid-County.

As of Monday, said Health Director Judith Smith, the facility has administered approximately 24,000 complete doses of the vaccine. 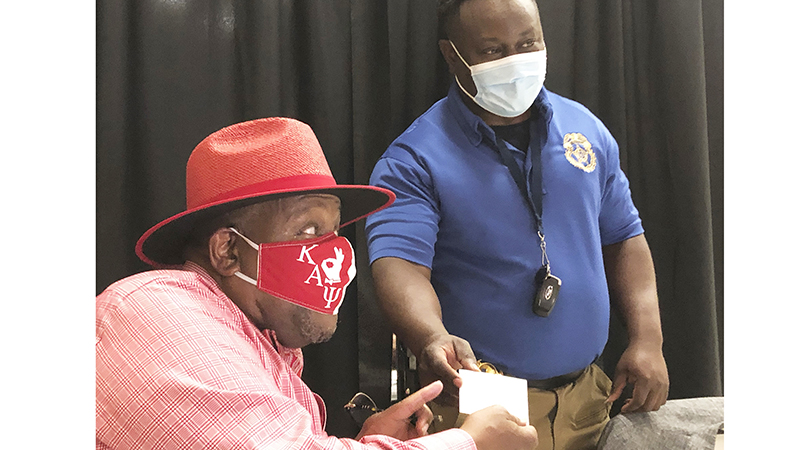 “We bring life to the years” — Physical therapy…