Museum of the Gulf Coast highlights past, present & future of possibilities 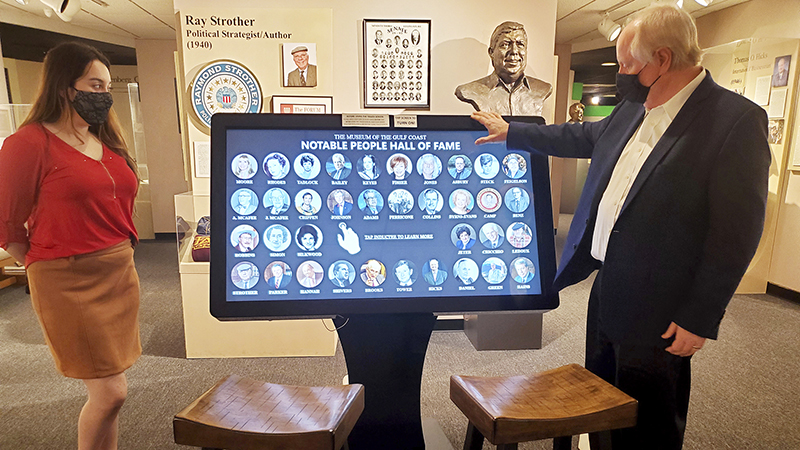 There’s an underlying theme at the Museum of the Gulf Coast that shows youth that dreams do come true — just take a look around.

The museum, they learn, is filled with the names of people who saw something they wanted and worked hard to achieve their goals.

And most of these notable folks are from or connected to Greater Port Arthur.

Tom Neal, director of the museum, said one such person is Elandon Roberts, a Port Arthur native and professional football player.

Roberts has told media of how he received a dictionary during a visit to the museum when he was a third grade student in the Port Arthur school district. But the trip led him to want to do something in his life that would make him one of the figures in the museum.

And he did just that. In 2016, Roberts was drafted by the New England Patriots, with which he went on to play in two Super Bowls. He later signed with the Miami Dolphins.

“The third graders look at people who come from here, live where they live and understand it’s not that far for them to excel and make some noise building a career,” Neal said. 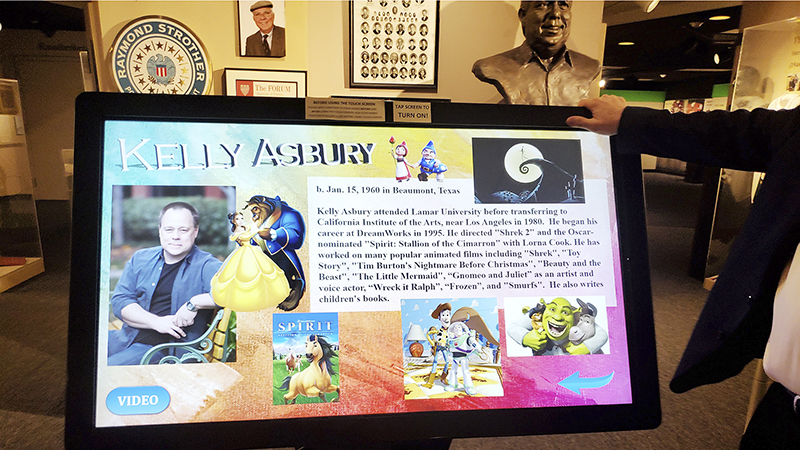 A view of an interactive panel on the late animator Kelly Asbury. (Mary Meaux/The News)

As education, tour and volunteer coordinator for the museum, Brittany Delagarza works with the Port Arthur Rotary Club and Motiva Enterprises for their dictionary project.

Part of her job is to visit schools to introduce students to the museum. She often asks who has been to the facility located at 700 Procter St., only to learn a surprising number have not. That’s when she presents them with free tickets for entry to the museum for them and family.

“I’m really glad to have this opportunity,” Delagarza said. “I know during the pandemic there’s not a lot to do, so giving them tickets to the museum is an opportunity to learn outside their normal school setting and to learn of people in their own community.”

She believes the students are excited to learn about the people from the area, giving them hope for the future.

Delagarza works closely with the museum’s quarterly Family Fun Day, a free event for families with activities for children and a chance to visit the museum.

Normally the event is held indoors but due to the pandemic and need to socially distance, the event recently has been held outdoors.

And being outside allows more people to take part in the fun. The last Family Fun Day had a visit from Sonny “The Bird Man” Carlin, who was a contestant on ABC’s America’s Got Talent in 2013. While Carlin didn’t get the approval of all of the judges, he still has a dedicated following for his Exotic Wings Productions.

Delagarza said there were 400 people in attendance at the last event. 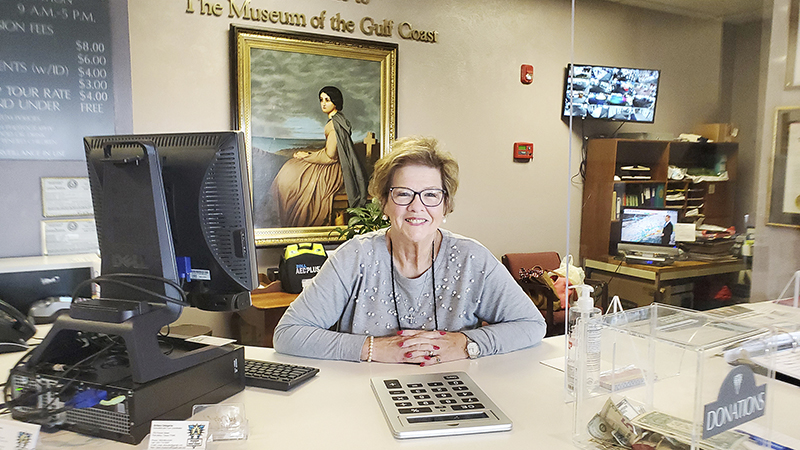 Museum volunteer Anna Christian enjoys meeting the many visitors who come to the museum from around the world. (Mary Meaux/The News)

Other parts of the museum

A third floor classroom is now being used on a more routine basis for training. Currently, a member of the U.S. Coast Guard has been teaching classes to help with boater licenses, while the first floor gallery holds artwork from the Sixth Annual Museum of the Gulf Coast Community Art Show.

Entries range from students to professionals, all of which are on display for the next several months.

The ever-popular music kiosk allows visitors a chance to flip through videos of performers while shedding light on their life. A grand reopening of the music hall will be at a later date, as improvements are still under way.

A sports kiosk is also in the works as well as one on Port Arthur that will be called “Betting, Booze and Brothels.” The alliterative name comes from a book on vice, corruption and justice in Jefferson County from Spindletop to the 1960s. 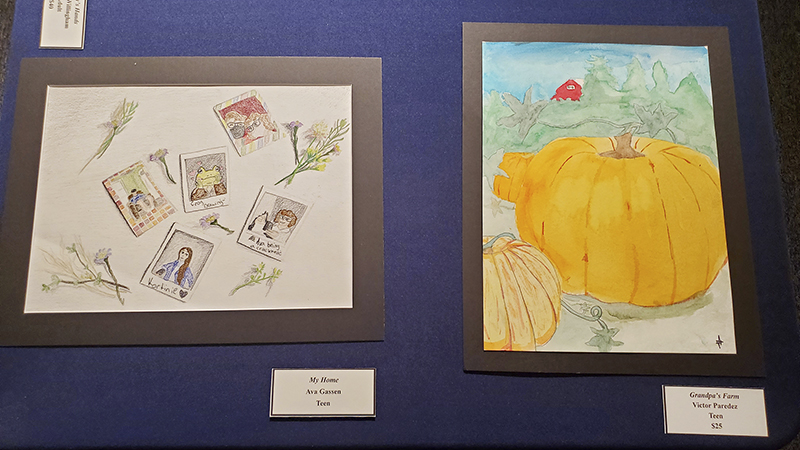 A few of the entries in the Sixth Annual Museum of the Gulf Coast Community Art Show that are on display in the gallery. (Mary Meaux/The News)

The draw of the museum

Anna Christian has been a volunteer at the museum for about a year-and-a-half.

Being at the font desk and greeting visitors is something she thoroughly enjoys.

“I think the thing that I enjoy most about this desk, sitting here and working here, is visiting with the people from around the world who come here,” Christian said.

Pre-pandemic it was not unusual for Christian to meet someone from Switzerland, Great Britain or Australia, she said.

Some, Neal said, see the signs on the highways directing people to the museum. Others come to see one or two things such as exhibits for Port Arthur natives Janis Joplin or Jimmy Johnson, but arrive and realize there is much more to the museum.

Neal has had former classmates visit, shocked at the amount of information. Some are people who have lived their whole lives in the area.

And some are used to seeing other, much smaller and one-topic type museums. 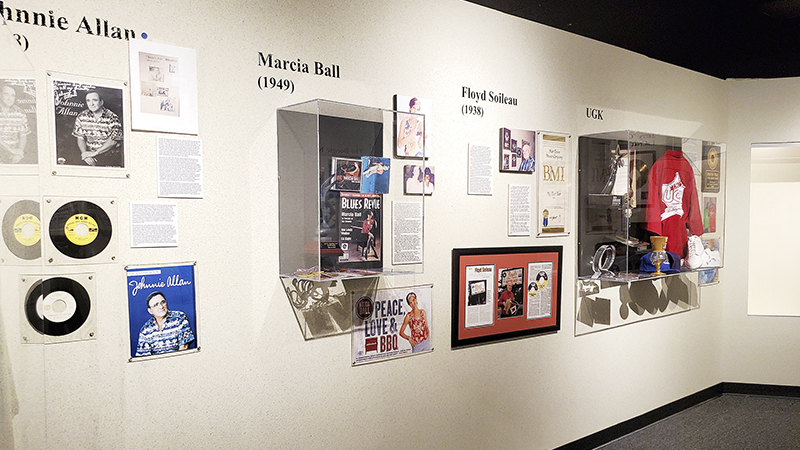 One of the walls in the music section of the museum. (Mary Meaux/The News)

Matt Teller grounds his passion in 45 years of…