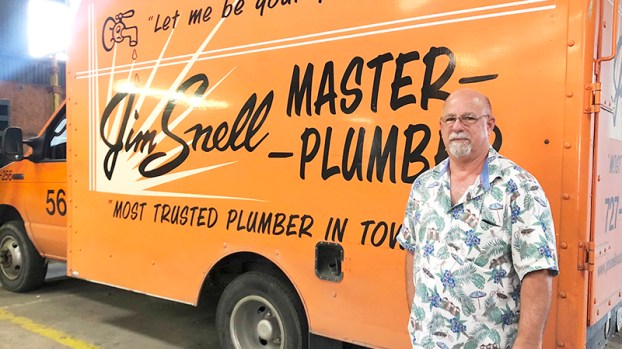 When it comes to family owned and operated businesses, no one fits the gold standard quite like Jim Snell Master Plumber.

Or, should we say, the orange standard.

The company’s colorful work vans and matching building décor stand out on Nederland Avenue, but not quite as much as their hometown reputation.

“Ever since my dad started this business, we’ve always tried to be the best of the best,” said owner Perry Snell, 62.

And it was nearly 60 years ago that his father Jim Snell first opened the doors. In the beginning, the company was located in Port Arthur. At one time there was an office in Beaumont. And they even attempted working the Houston area. But it’s the hometown feel of Mid-County that has kept them operating locally — 20 of those years in Nederland. 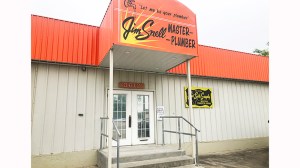 “I live six minutes away,” Perry said. “There’s no traffic.”

And of course, he said, their local customer base is wonderful.

Perry grew up learning the business, working for his father from the age of 14. He took over after his dad retired.

With 12 employees, the company located at 3612 Nederland Ave. provides a number of services in plumbing, slab/sewer leaks, industrial and marine, commercial and gas lines.

And no matter the challenge, they’ve maintained the mission to “be recognized as exemplifying professional service and integrity with 100 percent customer satisfaction,” according to the company’s website.

“Rita ripped our building open like a sardine can,” Perry said. “We came in, dug our computers out of the rubble, pulled out the generator and managed to service customers while we were rebuilding.” 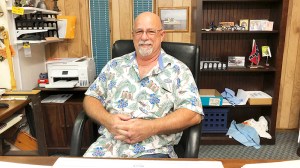 Jim Snell Master Plumber owner Perry Snell took over the business from his father and plans one day for his son to take over for him.(Monique Batson/The News)

Harvey again brought devastation, flooding the homes of most employees after more than 60 inches of rain dropped on Nederland. And on top of managing the business, Perry had to rescue his parents from their Port Arthur home.

“I’ve driven a lot of boats, but never down Jimmy Johnson,” he said.

But it was the recent ice storm that left him with one message to the community.

“I’m sorry to all the people we couldn’t get to. We got to as many people as we could,” he said.

The office was bombarded with phone calls during the February freeze, with “all three phone lines lit up constantly.”

Temperatures in Nederland reached a record 14 degrees on Feb. 16, up only two degrees from the night before. For seven days, lows stayed below freezing, leading to a multitude of busted pipes and icy roads.

But no amount of ice stopped them from rolling out the Orange trucks to help as many people as possible.

“That’s the importance of shopping local, because anything you need is right here,” DeCuir said. “During last year through COVID, (Jim Snell Master Plumbers) were updating, painting and doing beautification; which lets me know they plan on being here a long time.”

And that’s a statement Perry can backup, saying the plan is for his son to become the next owner as he did from his dad.

“He’s a master plumber,” Perry said of his 43-year-old son. “He’s mostly been running the business. I’m very proud of him.”

Those interested in contacting Jim Snell Master Plumber can do so by calling 409-727-2211.

A 23-year-old Port Arthur man was indicted on a charge of sex trafficking stemming from a tip from the National... read more