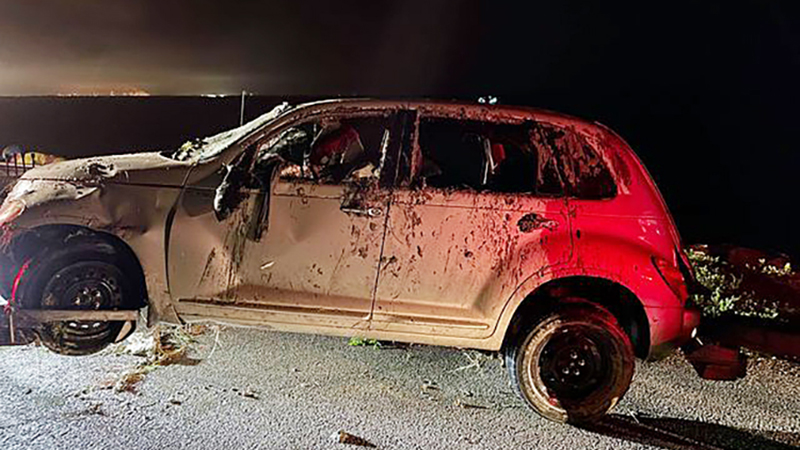 A Port Arthur Newsmedia reader submitted this photo of a car that as pulled from a canal on South Levee Road on Pleasure Island earlier this week. (Hollan Hoffer/Special to The News)

Police in Port Arthur are waiting to speak with a woman whose vehicle was found upside down in a canal on Pleasure Island.

Officers have spoke with the woman’s relatives, who said she is in good condition and that they have talked with her.

But until police lay eyes on her, her name — which is not being released — will remain in a registry of missing persons, authorities said.

Port Arthur Police received a call of a vehicle in a canal in the 800 block of South Levee Road on Pleasure Island at approximately 10:50 p.m. Monday.

Det. Mike Hebert said an officer who responded found the vehicle upside down in the canal side of the road. A wrecker removed the vehicle from the water, and no one was inside.

A Port Arthur Newsmedia reader sent in a photo of a white, four-door car after it was pulled from the water, reporting the female driver fled the area on foot.

The woman was entered into the National Crime Information Center as missing and endangered.

The following day investigators were able to locate relatives of the woman who said she was in good condition and that they spoke with her.

Police will not remove her name from the database until they physically she is OK, he said.

No charges are pending at this time, as no offense has taken place, Hebert said.

“So for right now, it’s fact finding until he (detective) can talk to her,” he said.