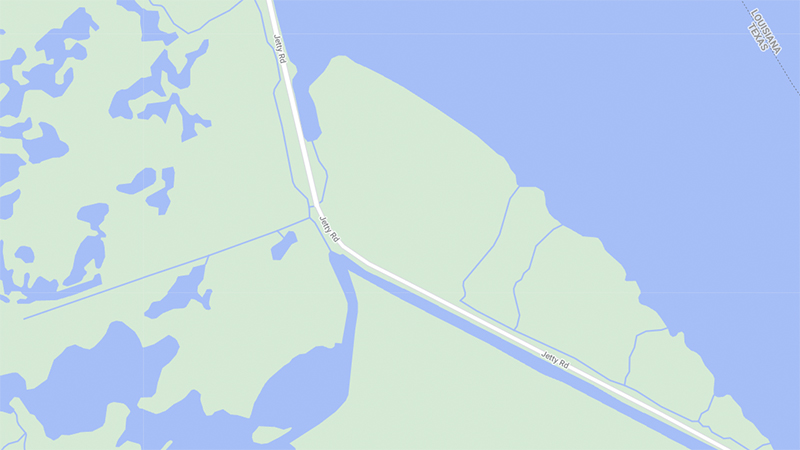 While city officials prepare for another temporary repair to Jetty Road, they say a permanent fix could be in the works soon.

That fix, however, is no longer holding.

“That road has to be totally redone, elevated with some culverts,” said Jefferson County Commissioner Michael Sinegal. “Most people who go down there know how bad it is. Parker Lumber lost a truck in a pothole. A big truck that hauls lumber.”

“We plan to add some temporary fixes, similar to what was done last year,” he said, adding the work should begin in the next 60 days.

Two years ago, residents began signing a Change.org petition to barricade the road.

“Jetty Road in Sabine Pass has been a hazard to many for many years,” said the petition started by Justin Hawkins. “The craters in the road swallow unsuspecting drivers and could seriously injure someone.”

But closing the two-mile road is not an option, as it leads to a U.S. Coast Guard navigation tower that guides ships and tourists in boats through radio communication.

“It’s extremely important,” Sinegal said of the tower. “If you get a distress signal from out in the Gulf, that tower feeds it to the Coast Guard to let them know there’s someone in distress.”

“It’s an essential piece of their safety apparatuses,” he said. “It’s a pretty critical piece.”

The large tower, Cowart says, has a generator in the event it loses power. But that generator and the tower itself require occasional maintenance, which has been hindered by the condition of the road.

Tidal surges by last year’s Hurricanes Laura and Delta washed away a large amount of work that had been done.

Burton said the city intends to soon study the road and plan a course of action that will provide a more permanent repair.

In addition to its access to the Coast Guard tower, Jetty Road is a large part of recreation for Southeast Texans.

“When the city and county entered the agreement to patch the road last year, you would have thought there was a Six Flags at the end of that road,” Cowart said. “It’s well used by the general public.”