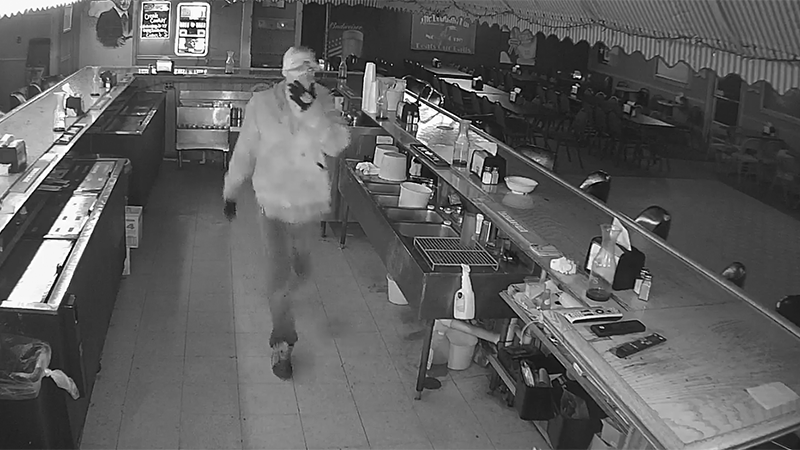 Detectives released a near-two minute surveillance video that authorities said was taken at approximately 5:50 a.m. March 23 and shows what appears to be a man moving in and around the bar, dance floor and kitchen area.

Police said the time on the camera system was not accurate, adding the burglar entered the business and took property without the consent of the owner.

“We need the public’s help identifying the burglary suspect in this security video,” the PAPD said.

Anyone with information on the identity of the suspect is asked to call Det. Eric Thomason at 409-983-8643.

The video appears to show the crime taking place at The Boudain Hut on Gulfway Drive.

Tipsters can also call Crime Stoppers of SETX at 409-833-TIPS (8477). You won’t be asked your name and may be eligible for a CASH reward.

Submit an anonymous tip to Crime Stoppers by downloading the P3 Tips app on a smartphone.