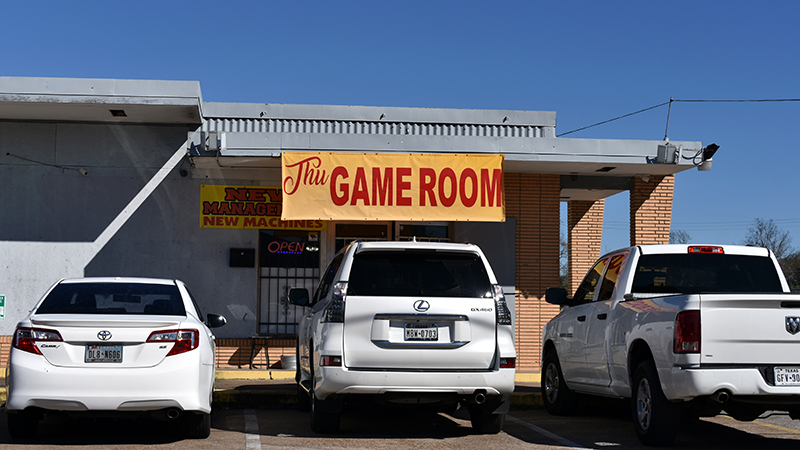 Thu Game Room on Ninth Avenue in Port Arthur, which was inspected and passed.

Authorities in Port Arthur are continuing to monitor game rooms through the use of random inspections, the most recent of which resulted in several citations.

Most of the violations were for issues such as failure to wear identification badge and for gaming machines that were not registered, Port Arthur Police Det. Sadie Guedry said.

The city has approximately 45 registered game rooms, with as few as four machines in some and others housing upwards of 50, according to information from PAPD.

The Port Arthur Fire Marshal’s Office and PAPD routinely inspect and cite the businesses for any violations found.

The recent inspection of 14 game rooms showed eight were in violation with a total of 20 citations issued.

Guedry said of the recent violations, two of the gaming sites had more than 10 violations.

Businesses that were cited for violations include:

Employees and the owner of the establishment are required to wear an ID badge. In order to get the badge, one must go through a background check. And there are stipulations to who can work at the gaming establishments. If a person has been convicted of gambling promotion they cannot be associated with a gaming room.

And there are other rules and regulations to operating such businesses: machine registration with a $400 regulatory enforcement license fee per machine, application fee of $1,000, occupation tax per machine of $15, and initial ID badge fee of $50.

There must be proper signage, transparent/uncovered windows and the gaming room can only operate between the hours of 8 a.m. and 10 p.m.

The definition of a gaming machine, per the city ordinance, commonly referred to as “eight liner,” is “any coin-operated machine or electronic, electromechanical or mechanical contrivance designed, made, and adopted solely for bona fide amusement.”

The machines reward the player with non-cash merchandise prizes, toys or novelties; or a representation of value redeemable for those items that have a wholesale value available from a single play of the game or device of not more than ten times the amount charged to play the game or device once or $5, whichever is less.