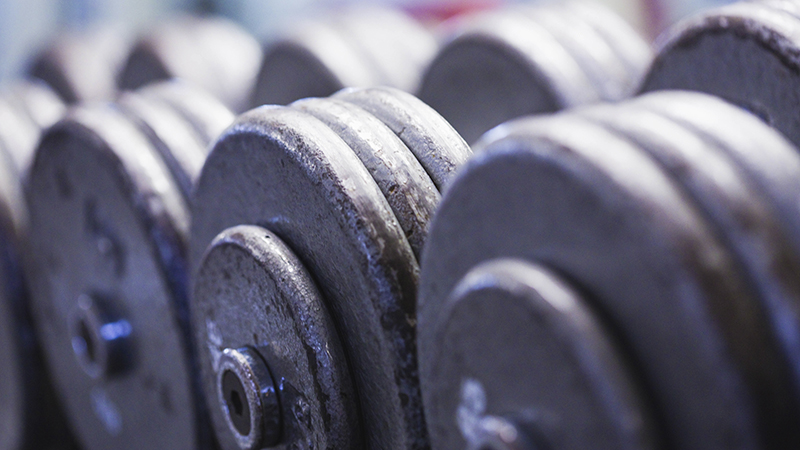 Ceja was one of three Bulldog boys who qualified for the competition, joined by Logan Williams and Diego Torres.

“The boys competed against all of 5A and 6A,” Nederland coach Jae Stoker said. “To place at boys state, it is impressive. I was hoping for a third and two fifths, but it didn’t quite happen. In my 15 years, this is the most boys we have taken to state.”

Final scores are calculated by adding the amounts the participant lifts in squats, bench press and deadlift.

Williams finished in seventh place with a score of 865.

Torres, who also finished seventh, walked away with the state’s highest deadlift of 505 lbs. Torres’ personal best was 515 at the regional competition.

“He attempted 540 on his last one,” Stoker said of Torres. “He wasn’t able to get it. Even with the second attempt, he still had the high for state.”

The girls state competition is divided into two divisions within 5A, similarly to 5A football in the state.

On the girls’ side, Kelsey Hernandez finished fifth with a score of 560, while Tina Nguyen and Taryn Brunet finished seventh in their respective weight classes. Vanessa Hughes finished fifth and Mia Watler finished sixth.

“She was the youngest girl that competed there,” he said. “She was nervous. The lights were kind of bright for her. She did well, though.”

Parker finished with personal bests with 290 lbs on squats, 115 lbs on bench and 245 lbs on deadlift.

“She really improved,” Colquitt said. “She was going against some girls that have been doing it for a while. This was her first year. For her to be in that same arena with them and competing against them is going to be good for her for the next two years.

“It was really good for her to experience it in that type of environment. I am proud of the season that she had and looking forward for the next two years.”

Port Neches-Groves’ Brynleigh Curtis finished sixth with a squat of 320 lbs and a bench press of 180 lbs, which were both personal records for her.