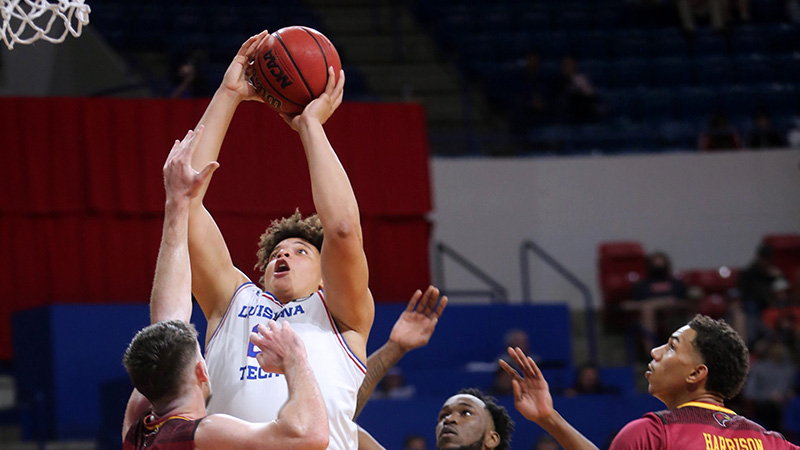 It seems Kenneth Lofton Jr. saved his best for last.

The Bulldogs won the NIT third place game, and Lofton finished with a career-high 27 points to go along with 13 rebounds.

Kenneth Lofton Jr. (@itzjunior34) uses his body to get in and some finesse on the leaning layup for Louisiana Tech to get 3rd place in the NIT over Colorado State in the NIT 3rd Place Consolation game after a great run and trailing by as much as 11. pic.twitter.com/hLz8y5ZWjY

“That is how coach drew it up,” said Lofton, according to latechsports.com. Lofton was voted to the NIT All-Tournament Team after averaging 20 points and 9.3 rebounds over the four games. “He told me to rip it and go to the goal.”

Lofton said after his team’s Saturday’s loss, he felt like the Bulldogs had another chance to finish strong.

“We wanted to end the season on a good note, for our seniors especially, and that is what we did,” he said.

Lofton announced his arrival to college basketball against the LSU Tigers Dec. 6. The freshman recorded 17 points and 12 boards, both of which were career highs at the time.

“They took me in and I developed a relationship with them,” he said. “They just welcomed me to the team. It was really different. I asked my dad how this was supposed to work out. I’m playing with much older people. I’m coming in as the newcomer. I just followed their lead and tried to be the best I can be. I’ve been the little brother to them.”