Bulldogs move on in playoff: “At this point, everyone is good” 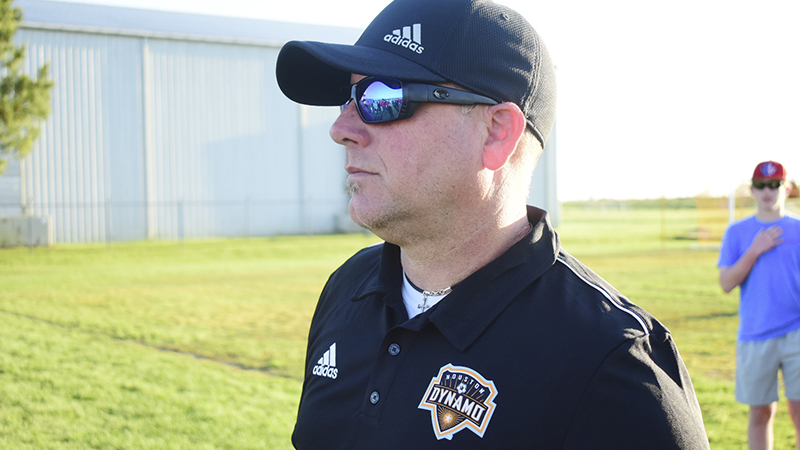 The Bulldogs will play Richmond Foster either Monday at 7:30 p.m. at Sheldon ISD Panther Stadium in Houston.

The Port Neches-Groves Indians dropped a 3-1 loss to Friendswood.

“Overall, I thought we played really well,” he said. “We came out a little slow. I don’t know if it was just nerves or what. After about the first 10 or 15 minutes, we started to settle down and started connecting passes.”

Barrow was pleased with the team’s effort on defense.

“(Manvel has) a couple of really good players,” Barrow said. “Their two center midfielders are really good. Their No. 9 was the leading scorer in the district and we shut him down pretty good. They only took about four shots and they were all from distance.”

While Barrow was pleased with the shutout, he wants to see his team play a “complete game.”

“We don’t want to come out slow,” he said. “That is what we have done this season against Crosby and Galena Park, which is our biggest competition. I don’t know if it was the Spring Break time off or what. It is what it is and we will be better.”

“They are usually good, but they were really hard to break last night,” he said.

The team’s depth showed up after one of the Bulldog players received a yellow card in the first half.

“I was hesitant to get him back in there because I didn’t want him playing different because he had a yellow, but I also didn’t get another one in case we were to win,” Barrow said. “Freshman Diego Fox stepped in and played the right back position and did an outstanding job.”

In the second half, Diego Aviles found Lalo Flores for the team’s first goal. With 22 minutes left in the game, Ethan Vincent found Carlos Barahona for the final goal of the game.

“At this point, everyone is good,” Barrow said.

The coach said his team is anxious to get back out on the field. He also said that a game on Monday could allow the Bulldogs to play their third-round game Thursday (schools are out for Good Friday), should they beat Richmond Foster.

“(The team is) really excited,” he said. “They are ready to play the next game. They might not even want to practice.”

Barrow gave the his team the day off Friday to help rest their bodies for what could be a quick turnaround.