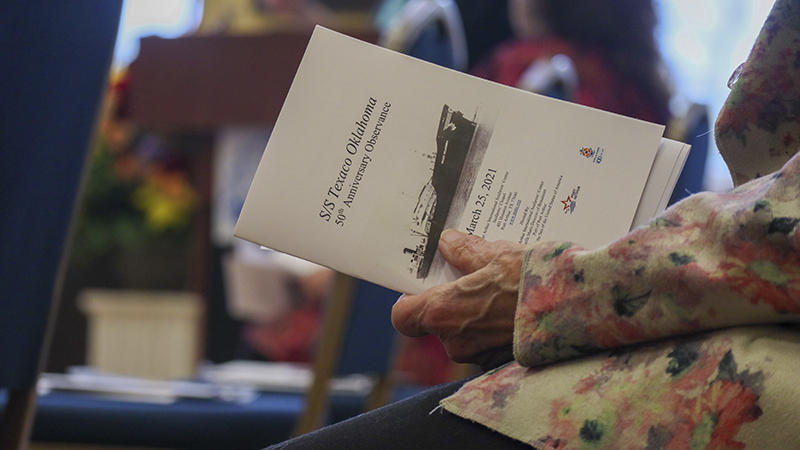 An attendee holds a pamphlet during a ceremony honoring the victims and anniversary of the deadly sinking of the Texaco Oklahoma. (Chris Moore/The News)

The Rev. Sinclair Oubre spoke Thursday at the Port Arthur International Seafarers’ Center during a ceremony to remember the Port Arthur residents who died while on board the Texaco Oklahoma. 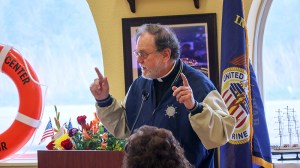 The Rev. Sinclair Oubre with the Apostleship of the Sea speaks Thursday at the Port Arthur International Seafarers’ Center. (Chris Moore/The News)

The vessel split in two and sank off the eastern seaboard 50 years ago.

The ship was fully loaded with a cargo of black oil, and 31 of the 44 crewmembers died in the wreck.

“Not only had she sailed from Port Arthur, Port Arthur was her home and the home of many of those onboard. She was part of the proud Texaco fleet,” according to information from the Seafarers’ Center.

RELATED: Sinking of Texaco Oklahoma 50 years ago, deaths of 31 remembered