MONIQUE BATSON — COVID-19 found me in my home, and it is definitely not “just the flu” 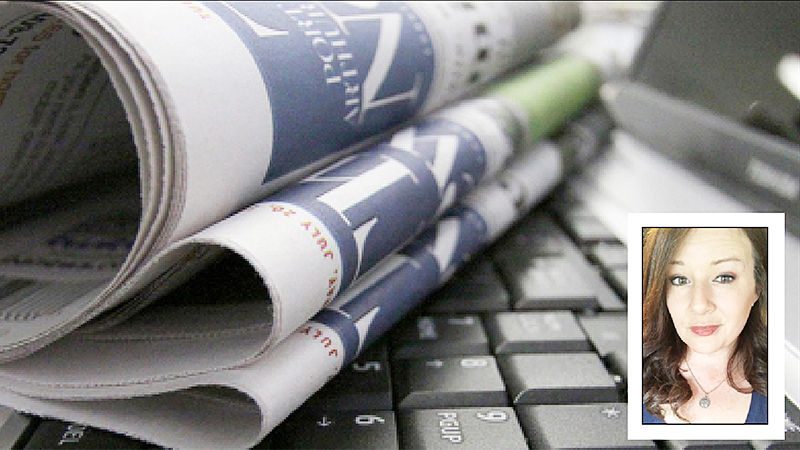 Monique Batson has been named editor of The Port Arthur News.

I had been working from home for nearly one year when I contracted COVID-19. And as someone who dealt with anxiety long before a pandemic hit, I didn’t need to be told twice to take precautions.

I rarely left my house, shopping only at odd hours in stores without many customers, masked and keeping so distanced that I wouldn’t go down an aisle with another person on it.

But it walked right through my front door.

My 19-year-old daughter works in the restaurant industry and told me on the night of Jan. 29 that she wasn’t feeling well. She was running a low-grade fever but had no other symptoms; so I went into mom mode, administering meds and applying cold washcloths to her head. The next morning, she woke with a sore throat. And hours later, she began coughing.

It was then that I realized what she had, and that it was only a matter of days before I caught it too.

She tested positive on Monday, but by then no longer had symptoms. It was that afternoon that I began running fever and was diagnosed the following morning.

But unlike her, my symptoms lasted much longer than a couple of days. Nearly two months later, I still suffer from them. My ability to smell and taste comes and goes. Occasionally I require one of the breathing treatments I so often needed at the height of my illness.

But the worst of all is the fatigue. Some days it takes every ounce of energy I have just to get out of my bed, much less actually move once I’ve done so.

And it was during a recent talk with Port Arthur Mayor Thurman Bartie that I realized I wasn’t alone.

“A couple of days I wake feeling very tired,” said the mayor who was diagnosed December 17. “I’m still trying to wean myself from oxygen. There are times I awaken and my joints just ache.”

Bartie is one of the more outspoken Southeast Texas leaders when it comes to virus protection, sharing not only his concerns but also the details of his own illness.

“I don’t mind talking about it because I want people to know this thing is real,” he said last week, less than two weeks after receiving his first dose of the Moderna vaccine.

I had registered for the vaccine prior to contracting the virus, and was called for my appointment two days after my diagnosis. COVID patients are asked to wait 90 days before getting vaccinated, but I have the date marked on my calendar.

You, however, do not have to wait.

While Texas will be lifting the restrictions on vaccines March 29, Jefferson County opened the vaccine up this week to everyone 18 and older.

Those in Mid and South Counties can get theirs at the Robert A. “Bob” Bowers Civic Center, 3401 Cultural Drive.

Both my daughter and I are incredibly fortunate that we only had mild-to-moderate symptoms. And by staying isolated in our rooms, wearing masks in the house, and sanitizing everything we touched; we never passed the virus to my teenage boys.

But as things begin to return to a semi-normal pre-COVID world, it’s just as important that we take the necessary precautions to stop the spread.

Bartie will receive his second dose of the vaccine on April 5, and has invited the public to witness. I’ll be there, still counting the days until I can join him.