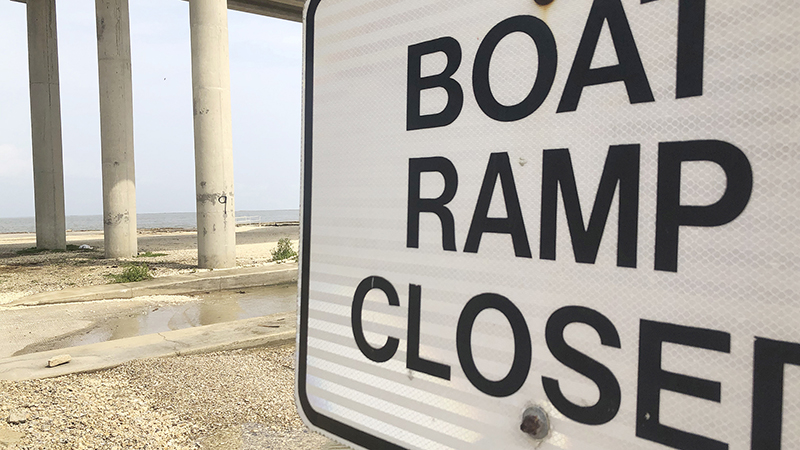 A Texas Parks and Wildlife grant approved this week by Jefferson County Commissioners soon will bring Pleasure Island one step closer to living up to its name.

Last year the county began soliciting firms to “remove and replace the Mesquite Point Public Boat Ramp on the south side of Highway 82 to include but not be limited to: the removal of existing finger piers and boat ramp materials and the construction of new finger piers and ramps,” according to documents from the purchasing department.

Funds will be provided by Texas Parks and Wildlife through a grant aimed at recovery from Hurricane Harvey.

The 2018 storm broke records when it dumped 60 inches of rain near the Jack Brooks Regional Airport, which now is the highest total of rainfall from a tropical event in the U.S., according to the National Hurricane Center.

And Pleasure Island was not spared. 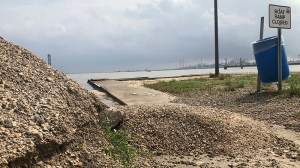 The Mesquite Point Public Boat Ramp on Pleasure Island has been closed since 2018. (Monique Batson/The News)

“A lot of the island’s recreational infrastructure like the marina, boat launch, fishing pier, and gazebo were damaged,” said John Beard, who served on the Pleasure Island Advisory Board during the storm. “We need to make it better so it’s something all the citizens can enjoy — everyone from the fishermen, boaters, recreational visitors and bird watchers.”

TPW provides boating access grants “for the construction of public boat ramp facilities throughout Texas,” according to the organization’s website.

Construction on the Mesquite Point Public Boat Ramp is expected to be done by the end of the year.

As COVID-19 restrictions lift and more residents receive vaccines, Beard said now is the prime time to work on the city’s recreational areas.

“Everybody has cabin fever thanks to COVID,” the life-long Port Arthur resident said. As things begin to ease, hopefully more people will be able to take advantage of getting out there and just watching the boats come in.”

Beard, who is retired but has spent years as an area activist, said Pleasure Island should remain a priority for city and county government.

Port Arthur Councilman Cal Jones, whose district oversees the island, was not able to provide comment by press time.

“We think of the island as being the gem of the Gulf Coast,” Beard said. “Well, that gem needs polishing. Gems are designed to shine and be brilliant.”