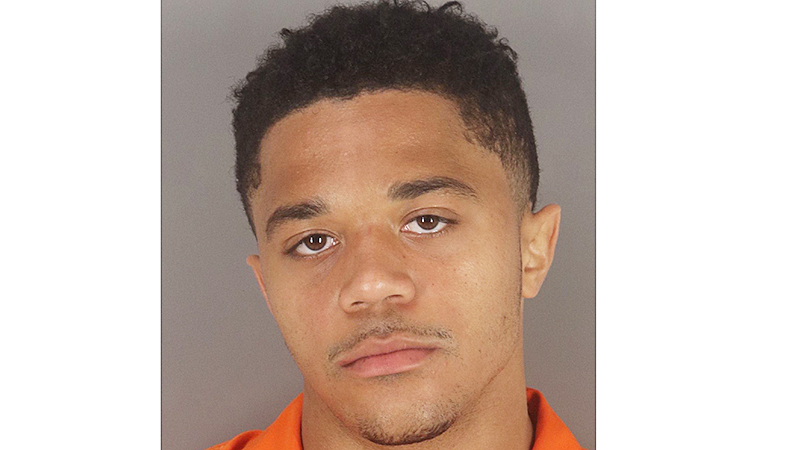 A Port Arthur man who pleaded guilty to stabbing his ex-girlfriend and her boyfriend last year has been sentenced in a court of law.

Justin Demichael Cuthbert, 20, was sentenced to 10 years deferred probation, must spend time in an intermediate sanction facility and pay a fine of $500 as determined in the 252nd District Court with Judge Raquel West presiding.

Cuthbert on Monday made the guilty plea to two counts of aggravated assault, according to information from West’s court.

According to the probable cause affidavit, the male and female victims were at the female’s residence on Carriage Lane in Nederland watching a movie when the man fell asleep in the woman’s bed.

Cuthbert, the ex-boyfriend, called the woman at approximately midnight Feb. 9, 2020, upset and questioned who was at her house.

The bedroom was in a building not attached to the house, the document read.

A short time later the woman got up to use the restroom, which is in the main part of the house, when a man pushed his way into the bedroom. Inside, the man and the woman’s 1-year-old child were asleep.

The woman told police the lights were off in the bedroom and she could not see who the person was until he spoke, then recognizing him as Cuthbert.

She said Cuthbert forced his way past her and began assaulting her boyfriend. She tried to get in between the two men and during the struggle she felt what appeared to be blood/wetness. She turned on the lights and found both she and her boyfriend stabbed with an unknown object.

The next day a detective met with Cuthbert, who denied any involvement in the assault and claimed to be at home asleep when the altercation occurred.

On Feb. 12, 2020, a cell phone search/seizure warrant was typed up for Cuthbert’s cell phone information and data, and District Judge Kent Walston reviewed and signed the document.

The search showed Cuthbert made two phone calls immediately following the assault, placing him in the immediate area of the Carriage Lane home in Nederland.

Detectives made contact with a person who Cuthbert reportedly called, who told the detective Cuthbert admitted to stabbing someone at his ex-girlfriend’s house.