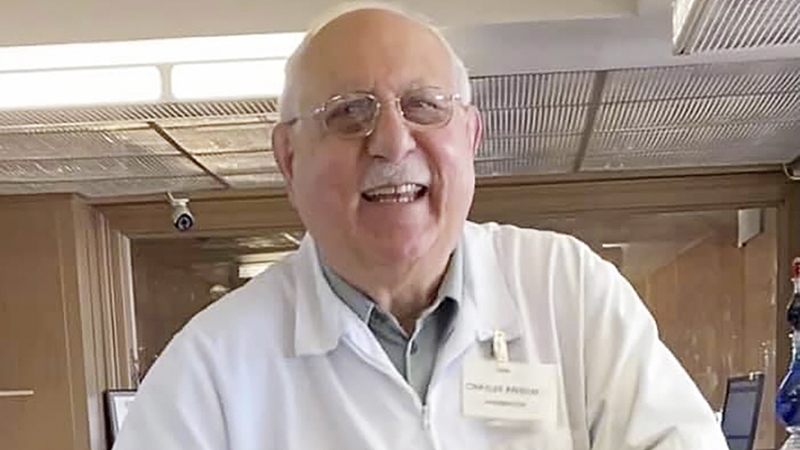 I came across a recent obituary for someone whose name was familiar and soon realized why and of the impact he had on the area.

Charles Joseph Anselmo Sr., 81, was a longtime pharmacist and a member of the American Italian Cultural Club. I can’t remember exactly when I met him, but in talking with his children I got a fuller picture of the man, his good deeds and even his contribution to growth in the city of Groves.

Anselmo was born in Port Arthur and graduated from Bishop Byrne High School. He went on to earn his pharmacy degree from the University of Houston. He owned and operated Cambridge Pharmacy, which was located by Snoopers Paradise and later on 39th Street. Even after retirement he worked at various Market Basket Pharmacy locations and Lovoi & Sons Pharmacies in Beaumont.

His son, Anthony Anselmo Sr., said his dad loved what he did. The customers knew him and he had a rapport with them.

After his father’s death, Anthony received messages from people the elder Anselmo had made impressions with, such as struggling young single mothers who, during a time when there were no insurance co-pays to help, could not afford medication. He would set-up an account and work with them. Sometimes he just ate the cost and gave away the medicine, paying for it himself.

Charles Jr. worked at Cambridge with his father and saw firsthand his father’s kindness and caring of others.

“I worked at that drug store and occasionally saw if somebody couldn’t pay for medication he’d put it on a tab or eat the cost. That’s how much he cared about his people,” Charles Jr. said.

There also were times when his father would take other people’s shifts after working at Cambridge to help them out.

“I just can’t say enough of how dedicated this man was to his fellow man and to the business and everything around,” Charles Jr. said.

Anselmo is also responsible for Anselmo Avenue in Groves. When he moved to the city, he bought some property that was once the home to a wrecker service, Charles Jr. said.

The approximate six acres of land was developed and became Anselmo Avenue, where the family home was once located.

Anselmo was a member of the American-Italian Cultural Club who was proud of his heritage and a dedicated Catholic. Anselmo even traveled to Palermo in Sicily, Italy, where his family immigrated from years ago.

Charles Jr. said his family even went back as his great-grandmother honored the feast of St. Joseph with the St. Joseph Altar. He called it part of his culture.

Anselmo was also a devoted family man, his children said.

“Family comes first, no matter what, and he was a very sentimental guy about that,” Charles Jr. said. “We grew up with his mother cooking Sunday lunch. We would go to grandma’s each week; that’s how close knit the family was.”

Charles Jr. admits as a kid he and his siblings sometimes took these outings for granted — going to grandmother’s instead of staying home and playing. But as the children got older, they realized why he was so adamant about family.

Anselmo’s daughter, Frannie Chatagnier, said her father was always happy and always had a big simile on his face. She attests to her dad’s dedication to his customers.

“He always stayed home during hurricanes because he knew some people would evacuate and would need their medicine. He would go meet them at the pharmacy to give it to them,” Chatagnier said.

Anselmo usually had a joke for his customers or something funny to say.

“He was a wonderful father. We were so lucky to be his children. We miss him terribly,” she said.