Happy birthday to Nederland’s Inez Libersat, who is 105 years young 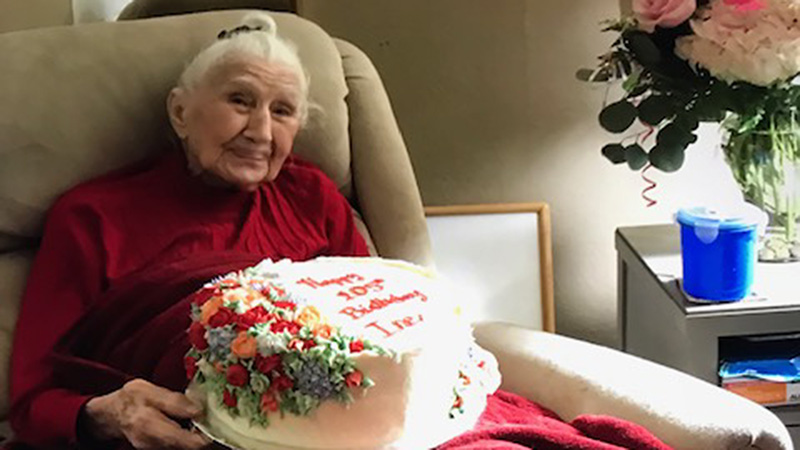 Inez Libersat’s 105 birthday was celebrated over Zoom with family from her Nederland home.

Libersat was born March 16, 1916, in Esther, Louisiana, and moved to Nederland with her family when she was 11. She stayed in the city a majority of her life.

A daughter, Karen Mills, said Libersat has been in many organizations through her life, including the Jefferson County Extension Education Association, Les Acadiens du Texas, Golden Triangle Quilt Guild and has been a member of the Order of the Eastern Star for 75 years.

Mills said her mother has participated in a number of charitable projects in her life with various groups and, at age 42, decided to open her own drapery business.

She continued the work until she was in her 70s.