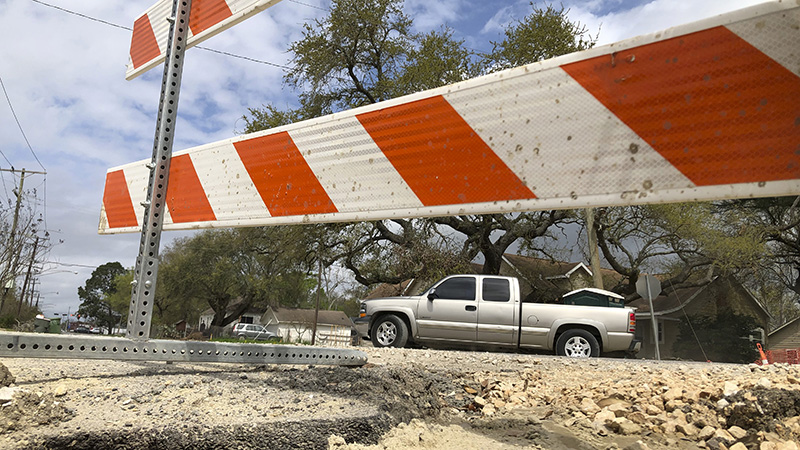 Construction at the intersection of Stadium Road and 3rd Street. (Monique Batson/The News)

Six Port Arthur streets scheduled for repair as part of a five-year construction plan are near or at completion, according to a report from City Engineer Alberto Elfano.

The projects began after a 2018 audit of streets identified which were in need of repair. District 4 was identified to have more damaged streets than the other three districts.

However, District 3 Councilmember Thomas Kinlaw III said he oversees the most-heavily populated part of Port Arthur serving the most homeowners.

“We would have to make sure that we address some of the issues where people live, not open wide areas that do not have high traffic,” Kinlaw said.

In 2018, the council allocated up to $60 million to road construction, which has been divided up in $10 million increments per year. Included with that is another $4,000 per year dedicated to street remediation. 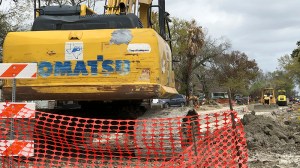 That move, Kinlaw said, was unprecedented for a city council.

“Driving down streets with pot holes — that gets old, “ the councilman said. “We won’t have to deal with that in 5-6 years.”

Mayor Thurman Bartie said the project is in infancy stage, but progress is being made.

“Several of the roadways are in major disrepair,” Bartie said. “I’m not sure how that’s gotten to be. We have so many roads that … need to be repaired, and that is a major concern of the citizens of Port Arthur. They have a desire to have nicely paved thoroughfares.”

“It improves the appearance of the city,” Bartie said. “Investors are riding or observing the upkeep of the city and mobility for the citizens.”

According to a presentation previously made to council, the bulk of street improvement will last through 2025.