PNG not taking win lightly, ready for rematch against Nederland 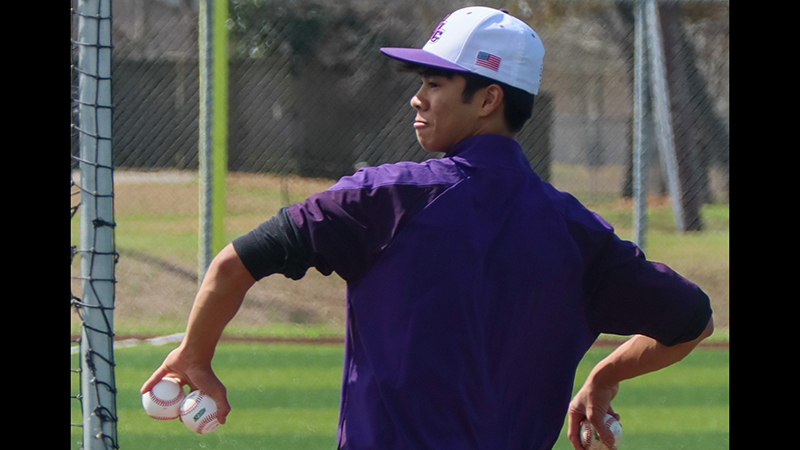 The Port Neches-Groves Indians are not taking the Nederland Bulldogs lightly heading into Friday’s matchup, despite beating their rival 14-4 Tuesday.

The two baseball teams moved up the start time for Friday’s game to 2:30 p.m.

“It felt good,” he said. “We have started out kind of slow, but we have played a rough and talented schedule. We put some pressure on the boys and I think it paid off (Tuesday) night.”

The Indians (3-5, 1-0) played four 6A schools in their first five games in an attempt to make the team battle tested, Carter said.

“I think our schedule played into the performance (Tuesday),” he said. “We have played a tough schedule. I have all of the respect in the world for Coach (Bryan) Spell. He does a great job, but his kids just didn’t play as well as they normally do. We have to turn around and play them again on Friday. Hopefully, we can continue to have a little success.”

Blake Bost, who hit leadoff for PNG, ended the night with three hits and five RBIs.

“We hit the baseball well,” Scott said. “That was huge for us. Our starting pitcher did a great job. He made a crucial error in the third inning that gave up three runs, but after that he settled down and threw a really outstanding ballgame. We are really happy with Thomas Reinholt. We had 15 hits. Just about everybody in the lineup had a hit and they were all important.”

As with all district games, the Indians will try to get two wins within a week.

“It is kind of hard to lock them in,” he said. “I hate that it is raining (Wednesday). The kids want to sleep in and go to the beach. It is Spring Break. They want to have some fun. Baseball players have to put that behind them and continue to work. It makes it a little tough. When there is school, they have more of a routine.”

Scott said the two teams agreed to the time change for Friday’s game so that the players can enjoy more of the weekend.

“We just have to go out and play fundamentally sound baseball,” he said. “We can’t make the mistakes we made Tuesday night and expect to win in Nederland. We are not going to be in our house. We are going to be on dirt and not turf. We are going to have to play a baseball game that we really aren’t used to playing. That’s why we play the tournament schedule we do on dirt. We want to be prepared to play on dirt when we have to.”