ON THE MENU — Daddio’s opens in Port Arthur; strives to be THE spot for burger lovers 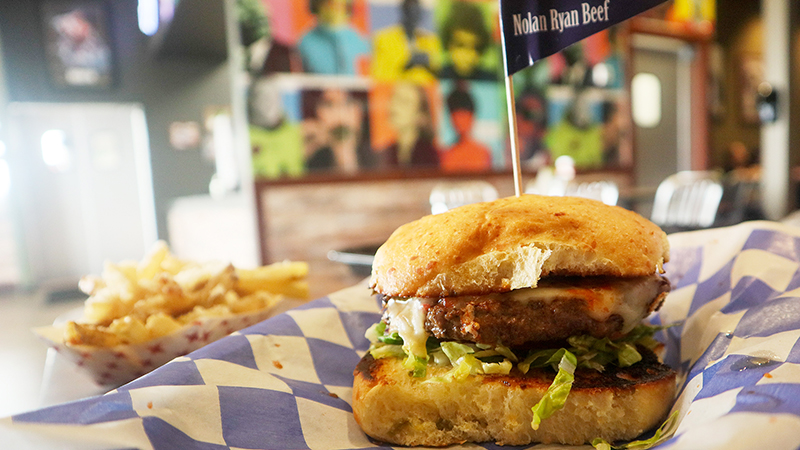 One of Southeast Texas’ most popular burger joints opened a location in Port Arthur last week. Daddio’s Burger, which kicked things off with a soft opening, started welcoming customers on March 4.

The restaurant, which started in Beaumont nine years ago on Calder Avenue, brought an expanded menu to Port Arthur, according to District Manager Charlie Jones.

“Over here, we have the Mac Daddy, which is mac and cheese on top of the patty with cheddar and bacon,” Jones said. “We have the bacon jam permanently. We make the bacon jam here and we added the spicy chicken sandwich. It has buffalo sauce, mayo and blue cheese.”

The location is in the parking lot of Best Buy off U.S. 69, next to Chick-fil-A. 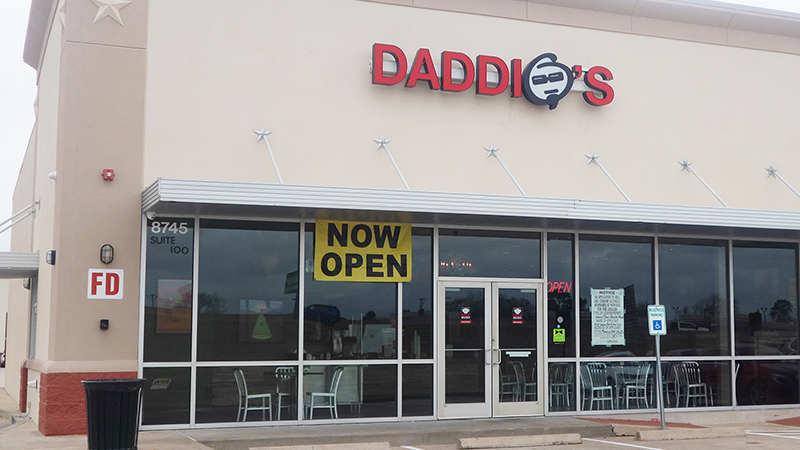 “It took us a while to really become the go-to burger place,” Jones said of the eatery’s success in Beaumont. “It took us about three years, probably, and in the third year, it just started booming. Ever since then, it has been awesome. The hype has been awesome. We are really popular on the review pages. I just feel like we have done a really good job.”

Jones said with the move to Port Arthur done, the business could look to expand across states lines into Louisiana.

He said buying a spot in Port Arthur formally owned by Schlotzsky’s made the expansion easier.

“You would think we would have had to change a lot of the layout and we really didn’t,” Jones said. “The structural part, we just decorated it, made it look cool and put our equipment in.” 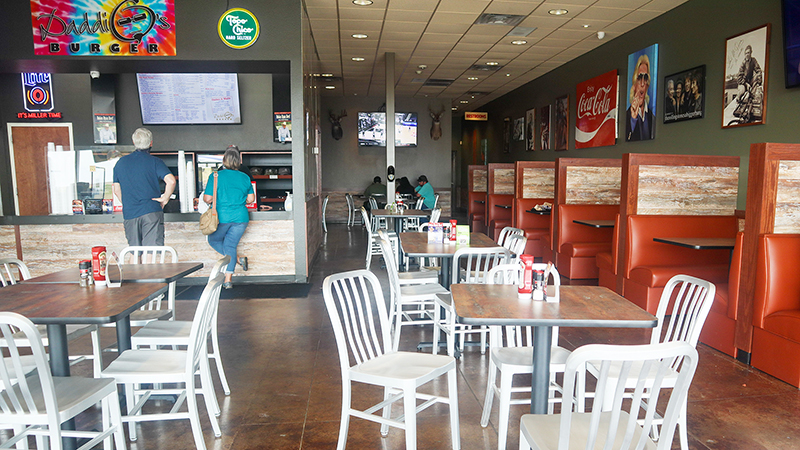 Daddio’s, which opened in Beaumont nine years ago, has quickly become one of the area’s hottest burger joints. The newest location (pictured) in Port Arthur has found a perfect home. (Chris Moore/The News)

Jones said he and his father, Dave Jones, who owns the restaurant, looked at three locations before the current one came open.

“In Beaumont, we didn’t lose any sales in the pandemic,” he said. “If anything, we might have gotten a tad bit busier. I think having a good drive through, especially with the pandemic, is so important. We wanted to be in this area, but it took us a while to find something with a good drive-through and this place worked out perfect.”

Daddio’s fits right in the sweet spot of not being fast food, but also not being “too nice,” Jones said.

Those looking for variety of burgers can select anything from the pineapple teriyaki burger to the fried egg burger. For a more spicy taste, one can order the Groovy Green Chili Burger or the Diablo Burger.

The eatery also offers an array of salads, fries, shakes and chicken sandwiches.

Jones hopes people see Daddio’s as the best burger place in the area.

“We are trying to become the local burger place and, really, here, the burger place,” he said. “There aren’t really any specialty burger places around. Our food is awesome. Our burgers are so creative and different. I think our people are better. We have great people working for us.”