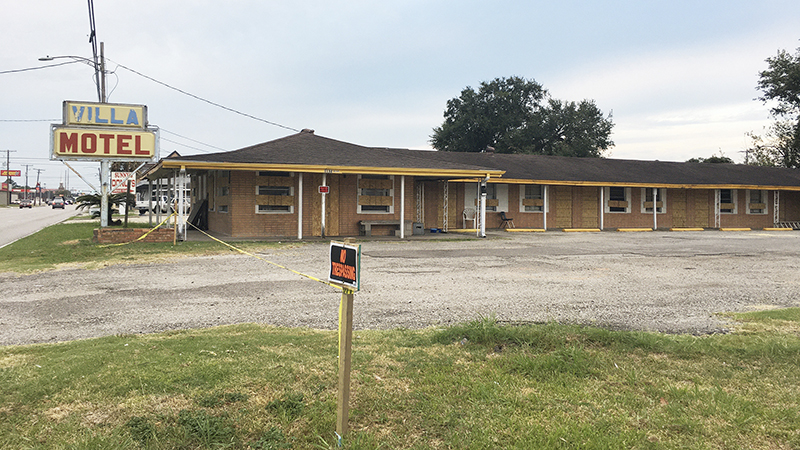 NEDERLAND — The unfortunate and costly discovery of asbestos is backing up demolition and economic redevelopment of the Villa Motel site on Nederland Avenue.

City leaders previously hoped to have the abandoned structure torn down by the close of 2020.

The Nederland Economic Development Corporation purchased the building and land it sits on for $300,000 from ZBC Realty Specialists Trust and received city council approval Dec. 7 to spend an additional $31,858 with Salenga Construction for demolition of the site.

Now, the EDC is seeking Nederland City Council approval for $12,875 in asbestos abatement via Inland Environmental. A final vote on the request, which is expected to be approved, is set for March 22.

Mayor Pro-Tem Emmett Hollier, who represents Ward 3 in Nederland, questioned the $340,000-plus in taxpayer-funded expenditures.

“I’m only questioning it because I questioned it at the very get-go with the original price,” Hollier said. “We’re already going up and up and up. That is the thing I am concerned with: Our taxpayers’ money on any property that the city or EDC is purchasing. Are we going to be able to break even?”

DeCuir said the economic development corporation would put the location on the market following asbestos abatement, demolition and land cleaning and then start reviewing contract offers.

DeCuir told Port Arthur Newsmedia that asbestos review and eventual abatement is time-consuming and frustrating because many in the public won’t realize actual work is taking place, instead only seeing an abandoned building near the intersection of Nederland Avenue and Twin City Highway.

“It’s taking a long time,” she said. “You’re looking at these files, they are getting thicker and you’re working harder but it’s just more work that has happened that you don’t have anything to show for. But we will. Before long people will see it coming down. It will be nice.”

The location is .32 of an acre, or 14,000 square feet, and is zoned commercial, meaning apartments or duplexes are not development options.

DeCuir previously said realtors representing national franchises approached city leaders about large-space areas for development, only to be frustrated by a lack of options along Nederland’s busiest roads.