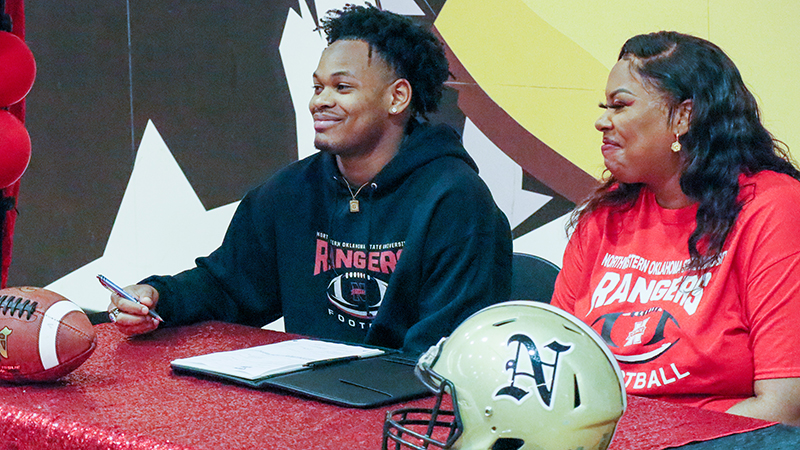 Another senior from the 2020 Nederland Bulldogs football team signed a letter of intent to continue his playing career into college.

Defensive back and receiver Kerrington Broussard signed up to play with Northwestern Oklahoma State University next season.

“It feels great,” Broussard said of the Wednesday signing. “I am ready to play and turn up.”

The defensive back was one of the leaders on a unit that came up with game-changing plays late in the season.

With a shot at a share of the district title on the line, Nederland fought back to force overtime against Barbers Hill. On the first play of OT, multiple Bulldogs stripped the ball carrier before Broussard scooped up the loose ball and ran 75 yards in the opposite direction to end the game. 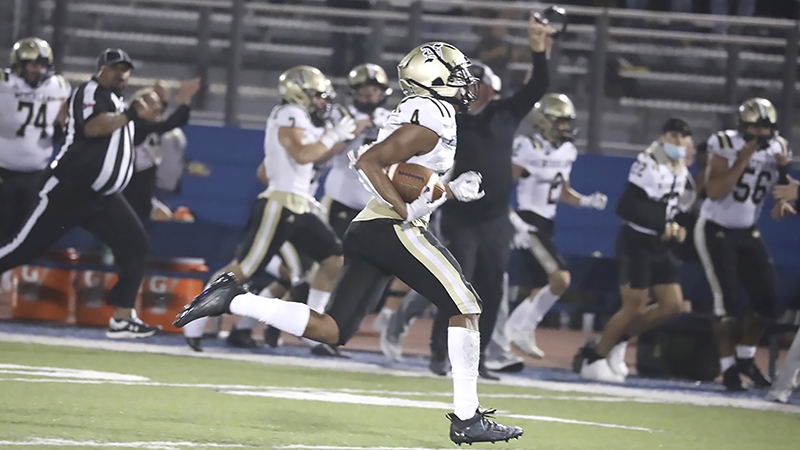 Kerrington Broussard of Nederland returned a Barbers Hill fumble for a touchdown on the first play of overtime to win the Nov. 24 game, 41-35. (Leo Weeks Photographers)

“I got the fumble, ran it back and the whole team came down the field,” he said. “That was my best moment.”

The Bulldogs earned a share of the district title by defeating Crosby in the last game of the regular season. The Cougars went on to play in the 5A Division II state championship game. Nederland finished the season 9-3 with only one loss in district.

Nederland made it to the third round of the playoffs for the first time since 2012.

“This season has meant a lot,” he said. “I am going to remember this season for the rest of my life. This is my favorite year playing football ever.”

“We thank him for the last three years he has given us,” Barrow said. “He has been a three year starter for us. He was Newcomer of the Year for us when he was a sophomore. A lot of times when that happens, people don’t expect a whole lot more from you … they have a hard time surprising you. Kerrington did that to this coaching staff this year.” 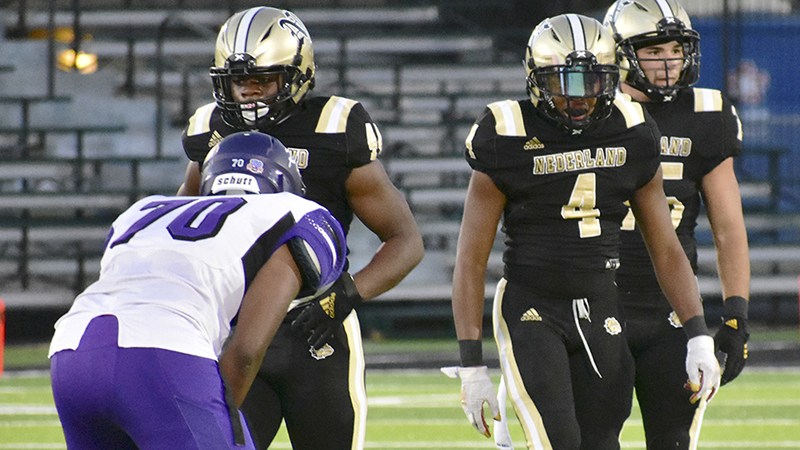 Barrow said Broussard’s ability to play both sides of the ball helped the Bulldogs.

“Playing both ways is not done often in 5A football, but it showed game after game that he could do it,” he said. “His stamina held up. I know his position coaches on the defensive side of the ball put a lot on him, and our defense counted on him to do a lot. That helped us to win. We appreciate that as a football team and an athletic program.”

Broussard said he will go up to NOSU in the summer to enroll and begin working out with the team. While he played both sides of the ball for the Bulldogs, he said he will play safety in college.