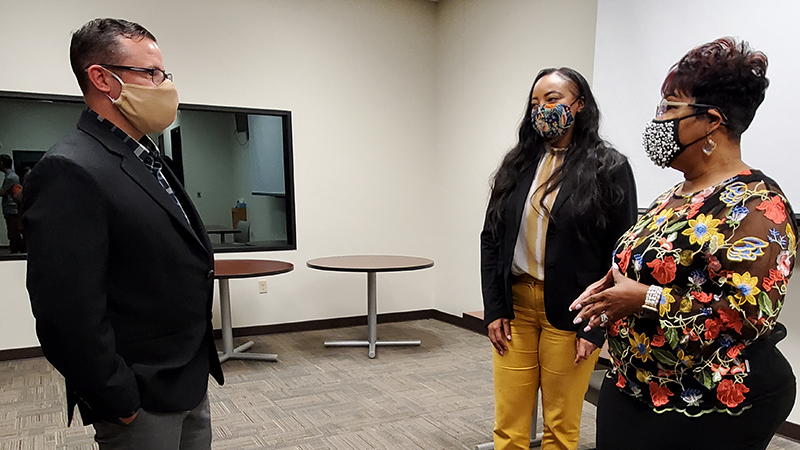 A virtual town hall meeting regarding a Port Arthur ballot proposition to reallocate sales tax to improve Adams and Rose Hill parks and the city’s recreation and senior citizen’s center served a source of community information this week.

Hemelt asked Moses if upgrades to the parks are enhancements the community is expecting.

“Yes, our citizens are crying for new parks and enhancements so that they can have something for families to do,” Moses said.

Moses, who is also councilwoman for Position 7, said she has traveled to many cities and noted what they had to offer for families. 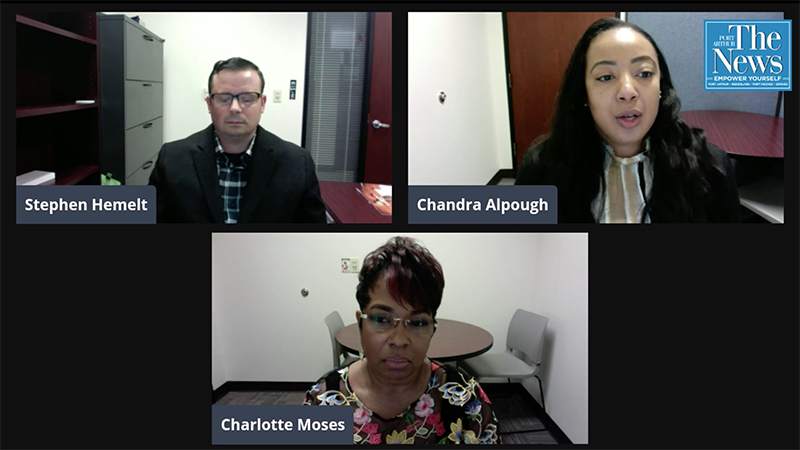 A screen grab from this week’s town hall where the topic of discussion was the May 1 election proposal concerning Port Arthur parks.

She has often heard Port Arthur residents ask “what is there to do? We don’t want to drive to Houston.”

Enhancements to the park would give families something to do, from sports to walking trails to playground equipment and more.

The upgrades would give the city a chance at an economic boost and the ability to host tournaments.

“We already have teams wanting to come. Everyone is saying it’s perfect,” Alpough said, adding the fields are located close to hotels, restaurants, shopping centers and more.

A video of the event can be viewed on the Port Arthur News Facebook page.

Besides the parks, there are plans for renovation at the senior center, which is combined with the recreation center. Pre-COVID, the seniors were an active bunch with line dancing and more. Should the proposition be approved, there would be more space so the city could do more crafts and activities.

A few residents noted during the live Facebook/YouTube event that there are other issues in the city that need to be addressed. One such issue is streets, to which Moses said $32 million has been allocated and drainage problems — there are currently three drainage projects in the city, Stonegate, El Vista and Port Acres.

Moses addressed the fact the city has seen hurricanes, COVID, an ice storm and more and is elected leaders and staff are teaming together to handle the work ahead.

“We are going to make sure to hold those that need to be held accountable are held accountable and we don’t see some subpar things going on. It’s our responsibility to make sure things go on transparently so citizens can trust the council. The council we have is very transparent,” Moses said. “We are trying to go in a direction that is positive for Port Arthur. Everything that we’re doing — the drainage projects, the streets projects, everything that we’re doing is to make Port Arthur a better place.”

A proposition will be placed before voters on May 1, asking to reallocate $1 million of sales tax revenue per year for three years from the Port Arthur Economic Development Corporation to be used to upgrade parks at Rose Hill and Adams, as well as improve the senior recreation center.