JCSO: Be On Alert — Caller IDs lie & law enforcement does NOT call asking for $$$ 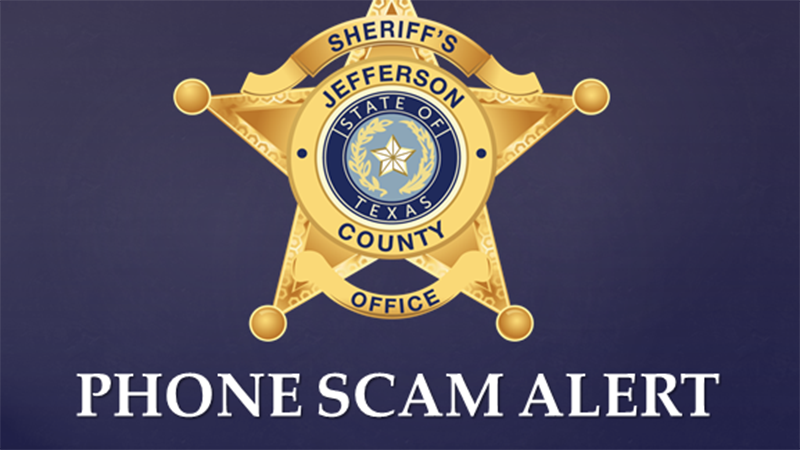 There’s lots of information below, but the bottom line is NO law enforcement agency is going to call and threaten you to send them money to avoid being arrested. The story today is…YOU MISSED A COURT DATE!

The scammers are calling local phone numbers in SETX and the incoming call appears to be coming from the Jefferson County Sheriff’s Office. The scammers may use different names and different agencies, but the scams utilize the same scare tactics.

NO LAW ENFORCEMENT AGENCY will call to solicit money from you to dispose of a warrant. If you feel you have a warrant, call your local law enforcement agency and follow instructions to take care of the situation.

Don’t trust your caller ID! Scammers can make any name or number show up on your caller ID. That’s called spoofing. So even if it looks like it’s a government agency like the Social Security Administration calling, or like the call is from a local number, it could be a scammer calling from anywhere in the world.

YOU WON’T BE ARRESTED

Scammers might pretend to be law enforcement or a federal agency. They might say you’ll be arrested, fined or deported if you don’t pay taxes or some other debt right away. The goal is to scare you into paying. But real law enforcement and federal agencies won’t call and threaten you.

Scammers will often ask you to pay in a way that makes it hard for you to get your money back — by wiring money, putting money on a gift card, prepaid card or cash reload card, or using a money transfer app. Anyone who asks you to pay that way is a scammer.

GOVERNMENT AGENCIES AREN’T CALLING YOU TO CONFIRM YOUR SENSITIVE INFORMATION

It’s never a good idea to give out sensitive information like your Social Security number to someone who calls you unexpectedly, even if they say they’re with the Social Security Administration or IRS.